Electrotherm Group intends to peddle the concept of renting out battery-powered bikes, riding on the concept of the once-widely-prevalent hired bicycles. The group, which was also a pioneer in manufacturing battery run two wheelers, has announced the launch of Switch, its new rental service that will provide YoBykes to commuters in Pune, to start with. 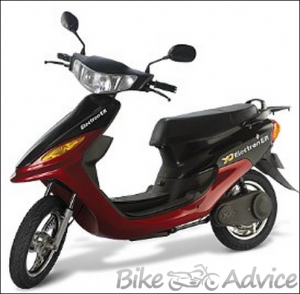 An urban commuter can now have a personal vehicle without owning it, Mr Mukesh Bhandari, Chairman, Electrotherm Group, said. The first master franchise for Switch was inaugurated in Pune on Sunday by the Maharashtra Transport Commissioner, Mr D. G. Jadhav. The concept was launched by E.T. Elec-Trans Ltd, a subsidiary of Electrotherm India Ltd that manufacturers YoBykes.

The service in Pune has been approved for operations by the Maharashtra State Transport Authority under the rent-a-motorcycle scheme of the Motor Vehicles Act. Switch will use the RTO-approved electric scooter YoBykes. Initially, Switch will be made available to corporate users and those willing to hire for the long term. Subsequently, the service will be extended to all Puneites for short and long-term durations.

The transition of service, from long to short duration, will depend on the acceptance of the new concept by the users. Mr Bhandari said Switch will be a branded membership-based service to ensure that those who choose to associate with the company are professionally and properly attended to. The company plans to start such services in cities across the country.

Wider use of battery-powered bikes is expected to help reduce vehicular pollution, traffic congestion and generate local employment. “We envisage a monthly saving Rs 1,000 to Rs 1,250 for our members, besides savings in the capital costs of trying to own a vehicle. With rising petrol prices, the saving can only grow.”

Mr Avinash Bhandari, Chairman, ET Electrans, said the company will set up a network of licensed points for delivering and picking up vehicles. Once the system is fully set-up, members will be free to requisition a vehicle from any of these points and return it at any point they choose. Users will be charged for the time they have kept the vehicle, irrespective of the distance travelled.

Mr Dilip Nandkeolyar, Managing Director, ET Electrans, said that with a mobile tracking device fitted on each vehicle, the company will be able to track the bikes across Pune. “We could ‘geo-fence’ the vehicle, that is it would come to a halt if it crosses the understood boundaries of Pune. There would also be an SOS button on the vehicle whereby the member could send a signal for help.”