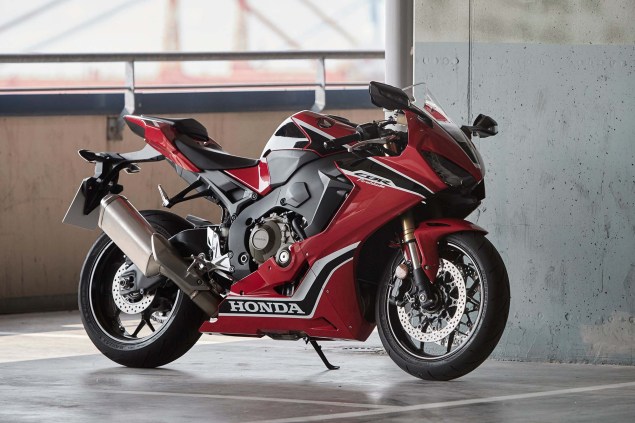 The Honda CBR Fireblade family has been expanded with another variant. This time an entry level one. While the original CBR 900RR has been a milestone in the history of Honda engineering, the 2017 Honda CBR 1000RR takes things ahead leaps and bounds. Even 25 years later, the philosophy remains the same. Total Control!

The Intermot last month saw the birth of two very interesting versions, one of which is a homologation special. This time round at EICMA, Honda wanted to focus more on the affordability front. Yes, just as we had expected! The suspension system and braking setup take a step back, but the engine, electronic updates and chassis remain the same.

Powering the bike is the same 999 cc liquid cooled, DOHC, in-line four cylinder mill churning out 191.7 PS of maximum power at 13,000 rpm and 114 Nm of peak torque at 11,000 rpm. That’s almost an 11 PS increase in power output while the engine loses 2 kilos of flab. The rev limit too has been raised to 13,000 rpm. The cooling system, clutch and titanium exhaust remain the same as the Intermot models. Quick shifter is available as an option. 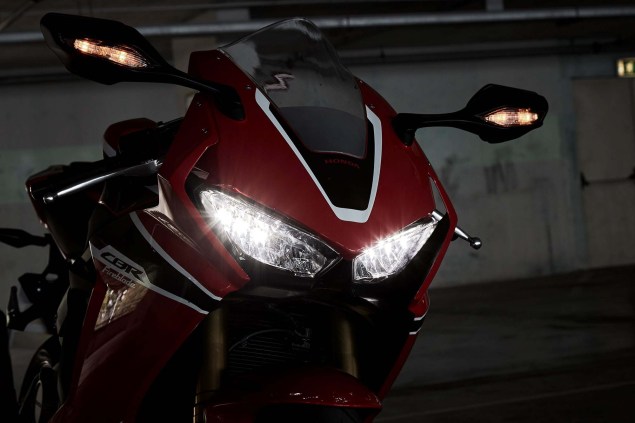 The suspension duties are overseen now by a Showa 43 mm BPF inverted forks in the front. Spring preload and rebound/compression damping are fully adjustable. The rear gets fully adjustable Showa Balance Free Rear Cushion. Instead of a conventional single-tube layout, this uses a double-tube design, the damper case and an internal cylinder. The damper piston has no valves. Instead, the damping force is generated as displaced oil passes through a separate damping component. 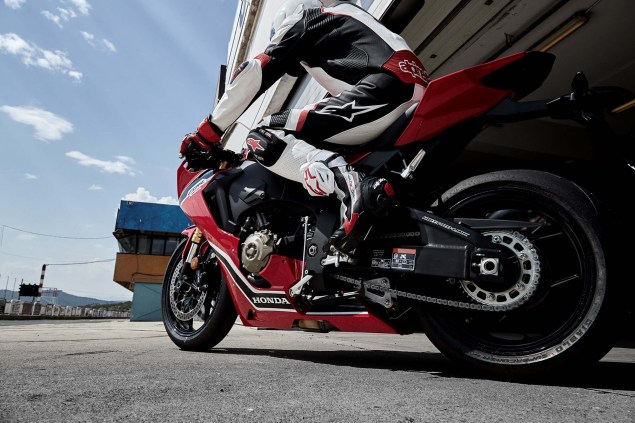 If we talk about braking, the front gets new Tokico four-piston opposed radial mounted brake calipers which are highly rigid, 150g lighter and do without hanger pins. The special brake pads perform better than standard fitment at higher temperatures. Cornering ABS is optional while the standard setup is available.

So Honda, which version is India set to get?