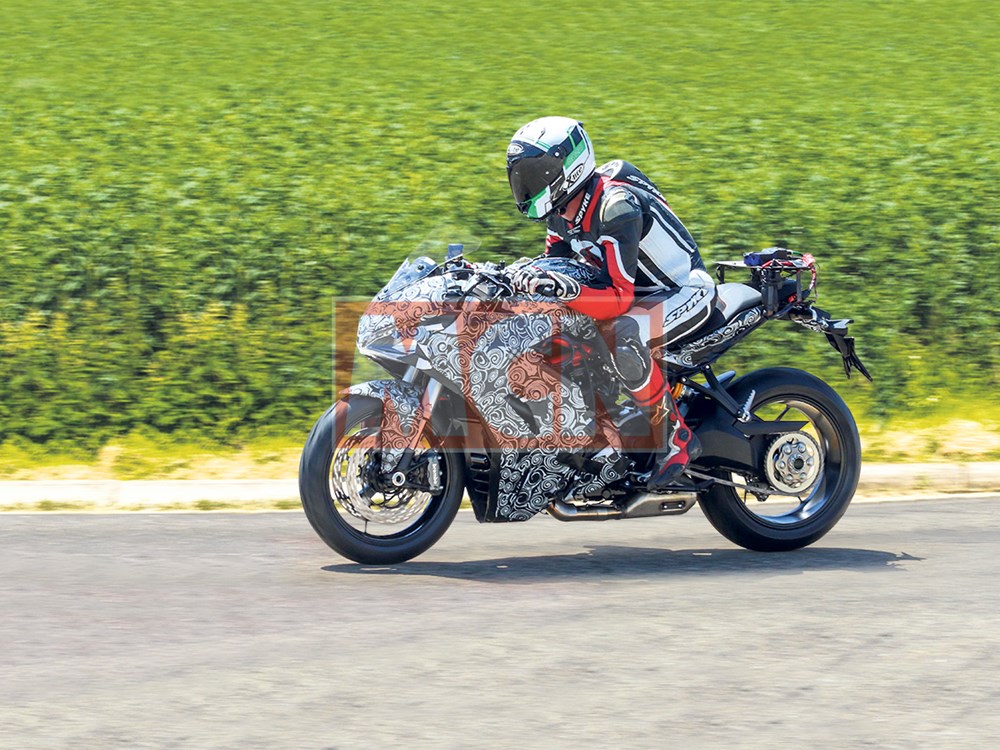 The folks at Ducati as promised had a new motorcycle to showcase for Ducatisti at the World Ducati Week. And it turned out to be an all-new supersport motorcycle! Yes, the Italians are getting back in the segment for a long time now. Codenamed as Project 1312, the bike is expected to dealers in mid-2017. Guess what, the bike has been spotted again, this time in fully camouflaged form!

With an engine displacement same as that of the Hypermotard 939 (which gets a 937 cc Testastretta mill) but this one is 80 percent new. Output though will be less than that of the new Panigale 959. Folks at MCN have revealed the first spy pics of the motorcycle from a private track in Italy.

With an aim to give sportsbike like performance without compromising on comfort. Yes, the motorcycle does seem to be inspired from the new Panigale but it gets a new exhaust and fairing. The head lamps gets an LED treatment. Set to be available in two versions, a Supersport and a more crazy Supersport S. The latter being star-studded with an Ohlins suspension and a removable rear seat cowl. 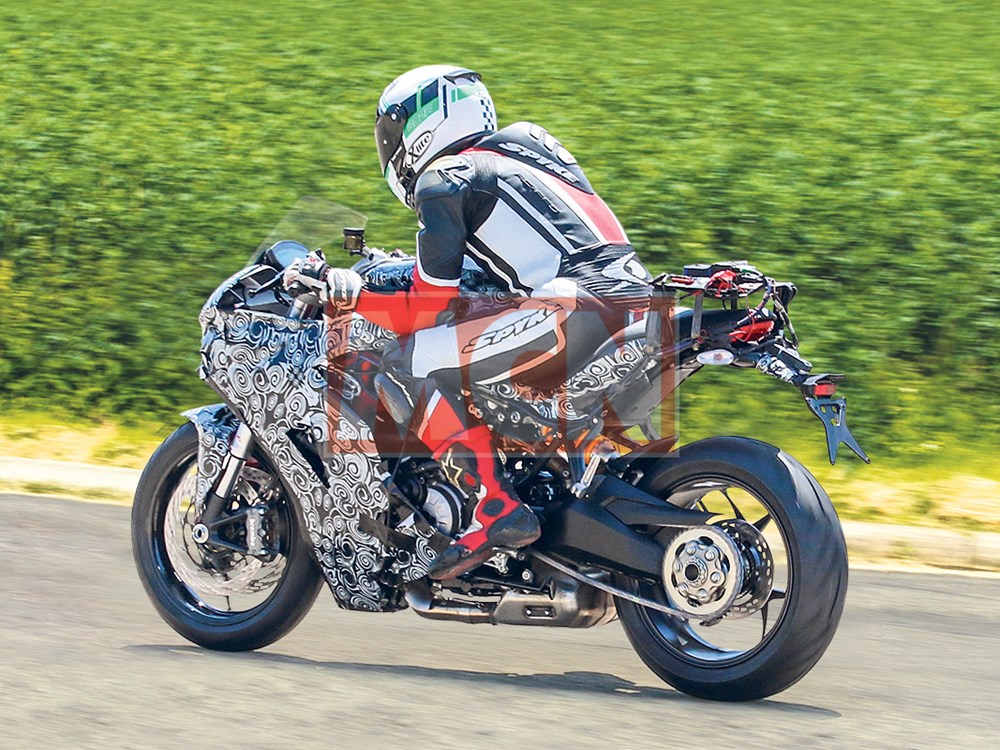 An official unveil though is slated for November, at the hallowed halls of EICMA in Milan. And with their strong India-centric strategy, it wouldn’t be a big surprise if they launch the Supersport in India within a few months after it hits dealerships in Italy.