Here is a piece of news from Ducati. Ducati has unveiled Multistrada 1200 S Pikes Peak Special Edition. The bike was unveiled in order to celebrate To celebrate Greg Tracey’s last year’s win at Pikes Peak with the Multistrada 1200 S. This special edition bike comes with Ducati’s very famous Red trellis frame with Ducati course paint scheme. The bike sports red pin-striping on the wheels, the passenger foot-peg hangers and an engine guard with black anodized finish. 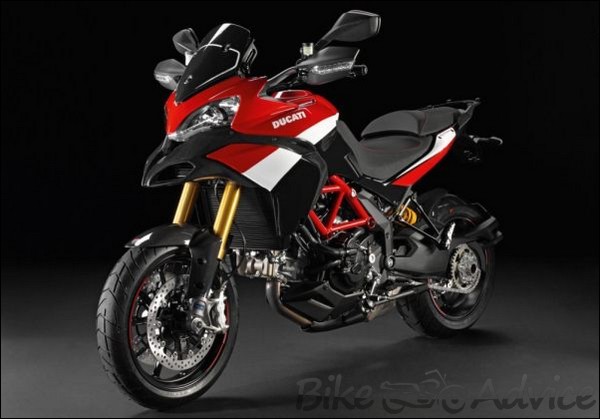 There is a numbered batch on its engine’s crankcase cover that represents the individuality of the bike. This special edition on Multistrada is being promoted by Ducati because the Multistrada version has been a huge success and won many events including Pikes Peak Race which involves climbing a mountain track through 4,300 feet of altitude change. Thus Ducati feels that Multistrada is an iconic bike and therefore this Special edition is launched.

With the launch of this special edition, Ducati has also announced its entry in 2011 Pikes Peak International Hill Club, featuring last year’s winning team of Greg Tracy and Alexander Smith. This new special edition bike will be available for grabs from June 2011 at a price of $21,995. Ducati seems to be very happy after rolling out this special edition and they wish to bring more technology advanced bikes in future.