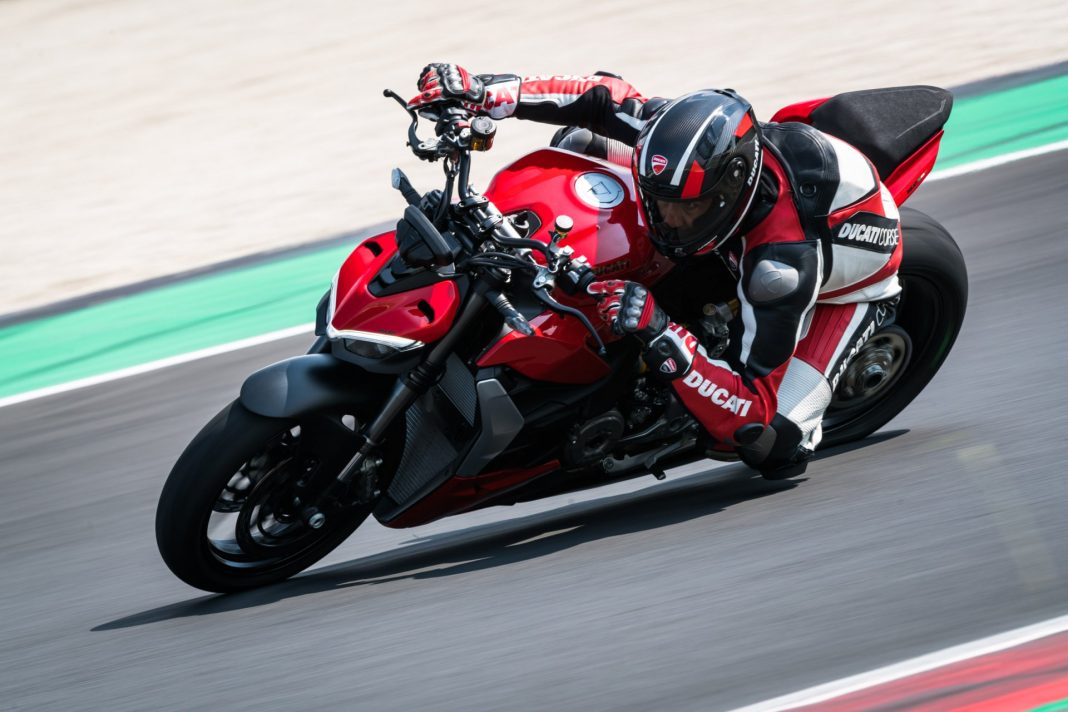 Moments back Ducati has officially announced the launch of its Streetfighter V2 in India. The V2 is the smaller sibling of the V4 and according to the company ‘offers the right dose of power’.

The Streetfighter V2 is sold in India in one single color of Ducati Red and is priced at Rs 17.25 Lac ex-showroom pan India.

The V2 looks magnanimous with that V-shaped DRL that is inspired by the famous grin of the Joker! In terms of electronics the Streetfighter V2 comes with Cornering ABS, Ducati Traction Control, Engine Brake Control, Ducati Quick shifter (up/down) and Ducati Wheelie Control.

As compared to the Panigale V2, the Streetfighter V2 has a less extreme torso position. Ducati also informs that the load on the rider’s wrist is lesser and the overall riding geometry has been repositioned for sporty riding in everyday use. It must also be noted that the V2 weighs only 178 kg dry.

Bookings have commenced from today onwards and the motorcycle is available for immediate deliveries.