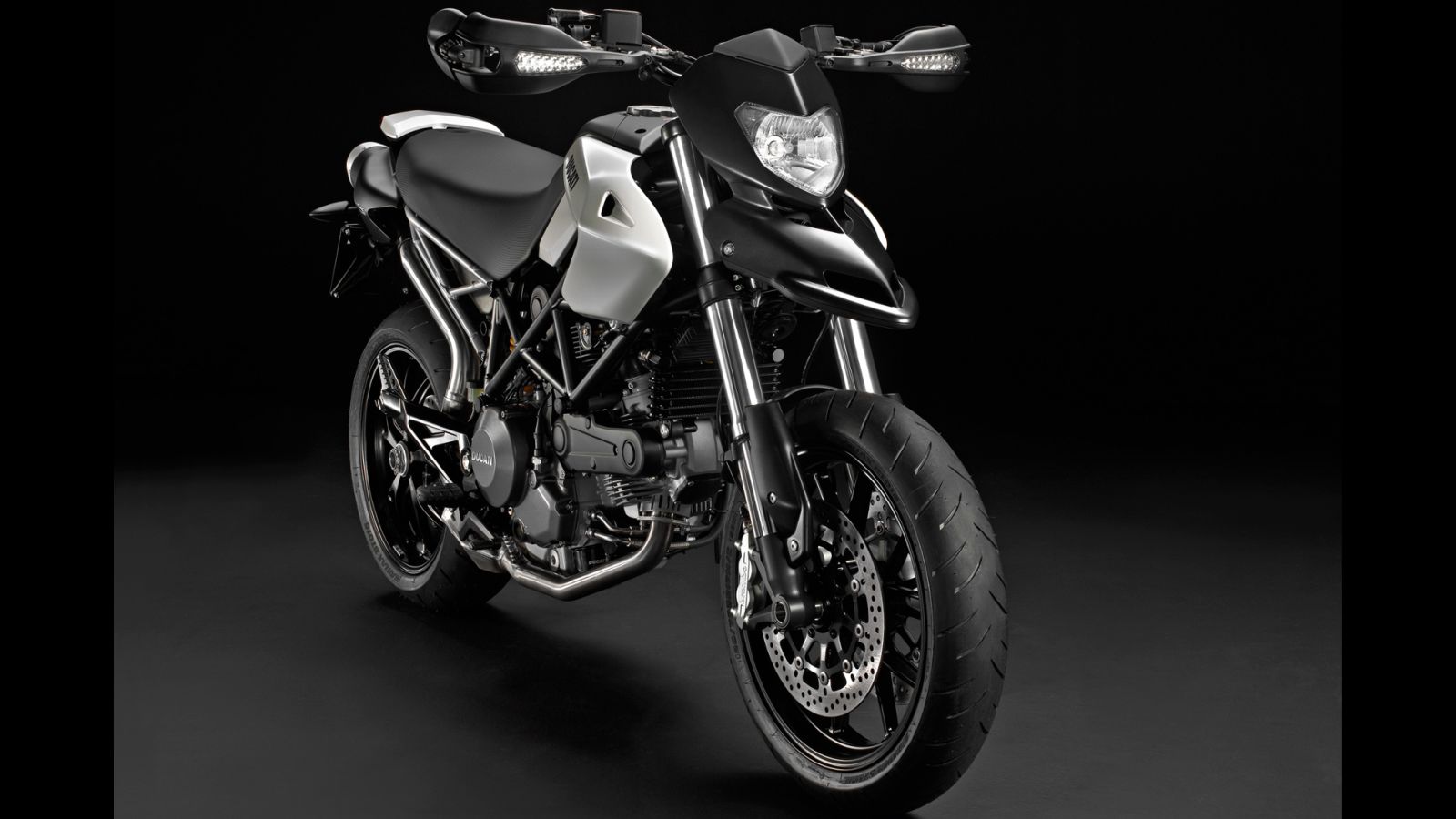 EICMA 2012 show was a huge success with many manufacturers bringing out the best of their products and setting the stage on fire. Out of them all, MV Agusta caught everyone’s attention with its unique radical styling and hooligan-ish looks. It also went on to win the “Most Beautiful Bike” of the show award from an Italian automotive magazine. However, there was another bike which although didn’t win the award but equally stole the show with its looks and cutting edge technology. Its the 2013 version of the Ducati Hypermotard. The Hypermotard won the coveted award back in 2005 when Ducati first showcased the motorcycle at EICMA, Milan. The philosophy behind the Hypermotard was simple; light on weight and extremely high on horse-power making it a deadly combination.

For 2013, Ducati totally revised the Hypermotard and made it much better and launched it in 3 versions, the Hypermotard, the Hypermotard SP and the mid-range tourer, the Hyperstrada. On the other hand, it dropped the 1100EVO model from the Hypermotard line-up. All the motorcycles are powered by Ducati’s new 11 degree, 821cc, Testastretta engine that churns out 110 BHP of power at 9250 RPM and 91 NM of torque at 7750 RPM. This liquid cooled, 4 valve per cylinder engine provides a wide range of torque and an impressive peak horse power value. Ducati says that when developing the new power unit for the next generation Hypermotard, engineers analyzed capacity and bore/stroke ratio to create the optimum combination of tractability and Hyper performance. Like the Multistrada, this also gets repositioned fuel injector spray targets and a secondary air system. It gets a total Ride-by-Wire throttle body setup and Ducati Traction Control system (DTC). Each bike comes with 3 different riding modes; the Hypermotard and Hyperstrada having Sport, Touring and Urban while the Hypermotard SP has Race, Sport and Wet modes.

The Hypermotard gets a new tubular steel Trellis type chassis with modified rake and trail angles to provide for a stable feel without compromising the Hypermotard’s character-forming agility. Front suspension is provided by Kayaba upside down forks while at the rear, it gets a single Sachs rear shock absorber with rebound damping and spring pre-load adjustment. The Hypermotard SP gets Marzocchi upside forks and a fully adjustable Öhlins shock with integrated “piggy back” reservoir at the rear. An welcome addition was the Ducati Safety Pack (DSP) which includes the Bosch ABS 9MP controlled Brembo braking system.  At the front, it has 2 radially-mounted, 4 piston Brembo with 320mm disc and a single 245mm single disc on a single caliper at the rear. 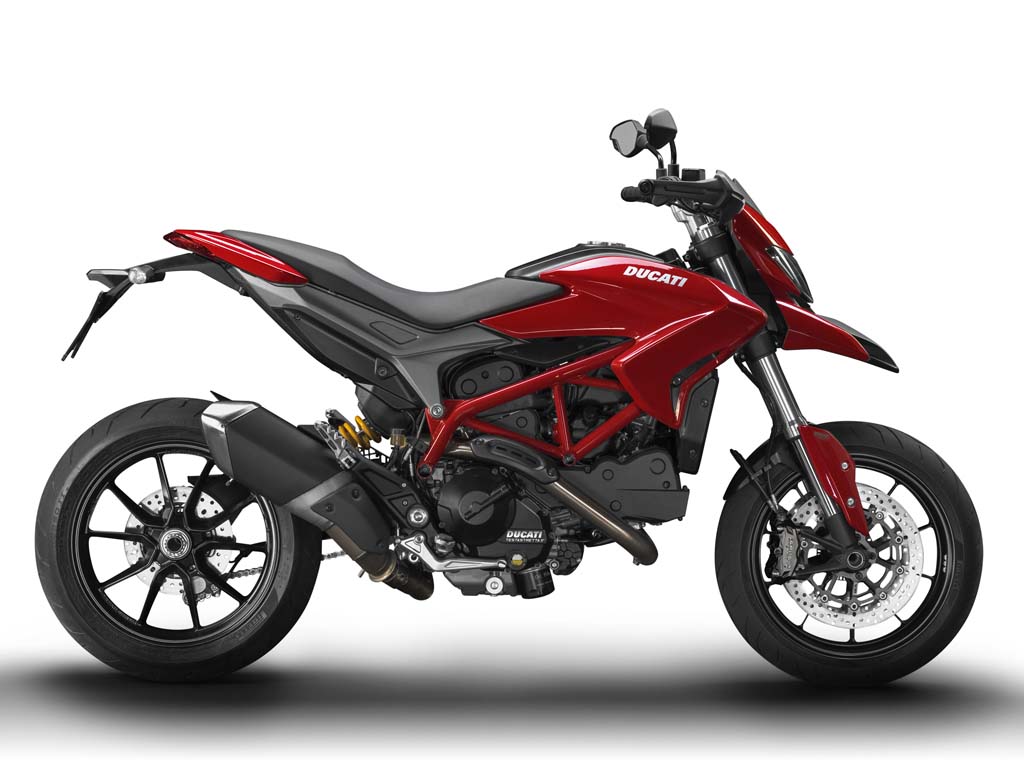