Ducati is certainly making news these days. The other day Ducati announced the opening of their workshop and dealership base at Ahemdabad. Ducati has decided to launch its Diavel by April 2011 next year in the country. The officials said that Ducati is seeing India as one of the bigger markets to observe whatever is produced. 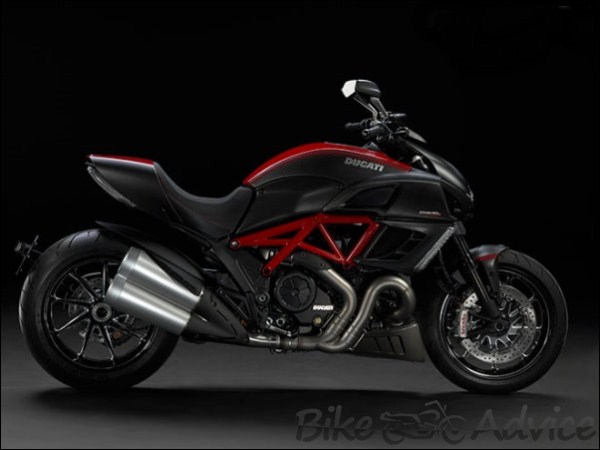 Mr. Mirko Bordiga ( CEO, Ducati, Asia pacific ) said that they will be also launching their two new models in their superbikes series Viz. 848 Evo and 1198SP in January next year.

Mr. Bordiga further said that latest Ducati’s baby Diavel will be available for sale in India by April 2011; while in the European markets , Diavel would be up for grabs as soon as January next year. Enlightening media on Diavel, Bordiga said that the 1200cc monster would be available in two variants viz. the Base and Carbon S version.

Speaking on the occasion Mr. Ashish Chordia (CEO, Ducati India) said that the company plans to sell over 300 units of their bikes within one year. As far their latest dealership base in Gujarat is concerned, Ducati is expecting to sell about 40-60 bikes in Gujarat itself.

Diavel is one of the most awaited good looking sports cruisers in the country. Diavel is muscular and equipped with great features and specifications. We will have to see if the bike receives response as expected by the company but first let us wait for the launch. April is still far away and we hope that Ducati delivers as they promised.