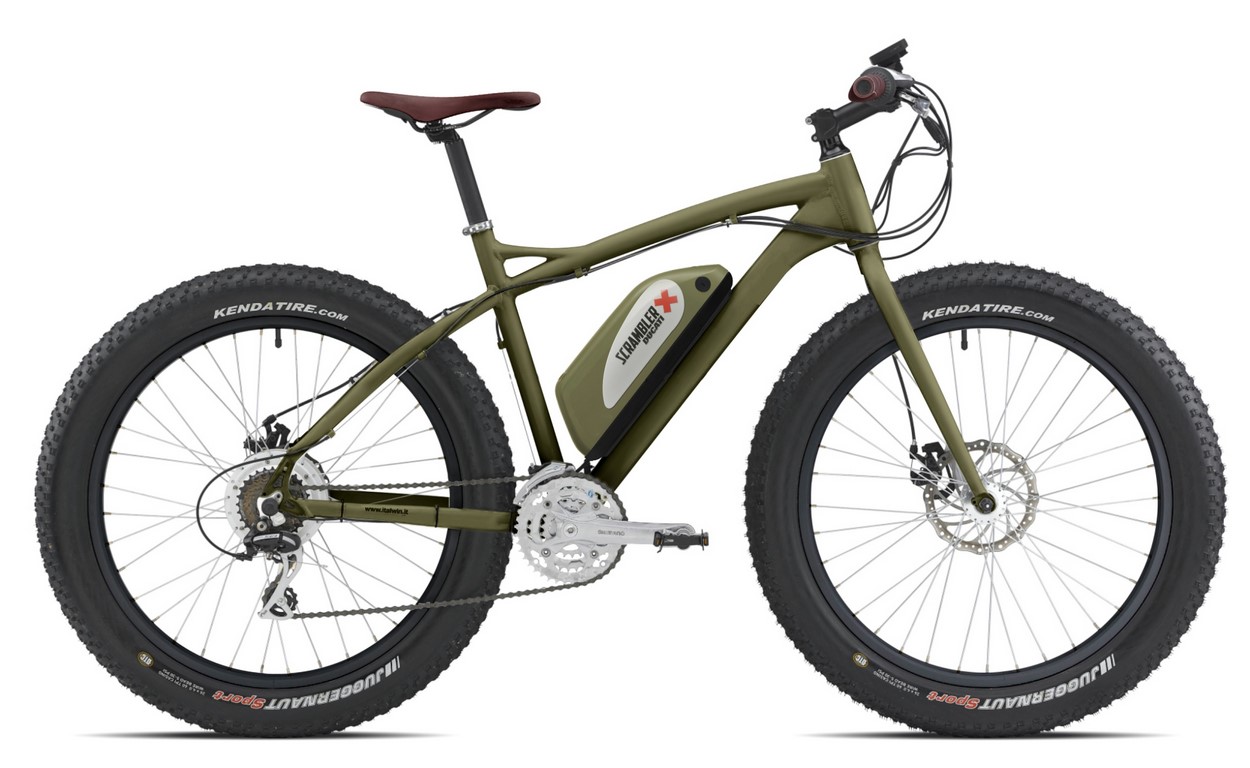 While the whole is rejoicing the smallest 399 cc Scrambler Sixty2, which was unveiled very recently at the EICMA, the Italian motorcycle manufacturer has silently launched a new bicycle by the same name. The project was completed in collaboration with Italwin, a brand which specialises in making pedal assisted bicycles.

The Ducati Fat e-Bike Scrambler is powered by your own two legs and assisting you in those steep inclines will be a 250 watt three phase brushless electric motor. This is fuelled by a 400 watthour Lithium ion battery which weighs 2.5 kilos. The electric motor can push the bicycle to a maximum speed of 25 kmph for a maximum distance of 50 km. 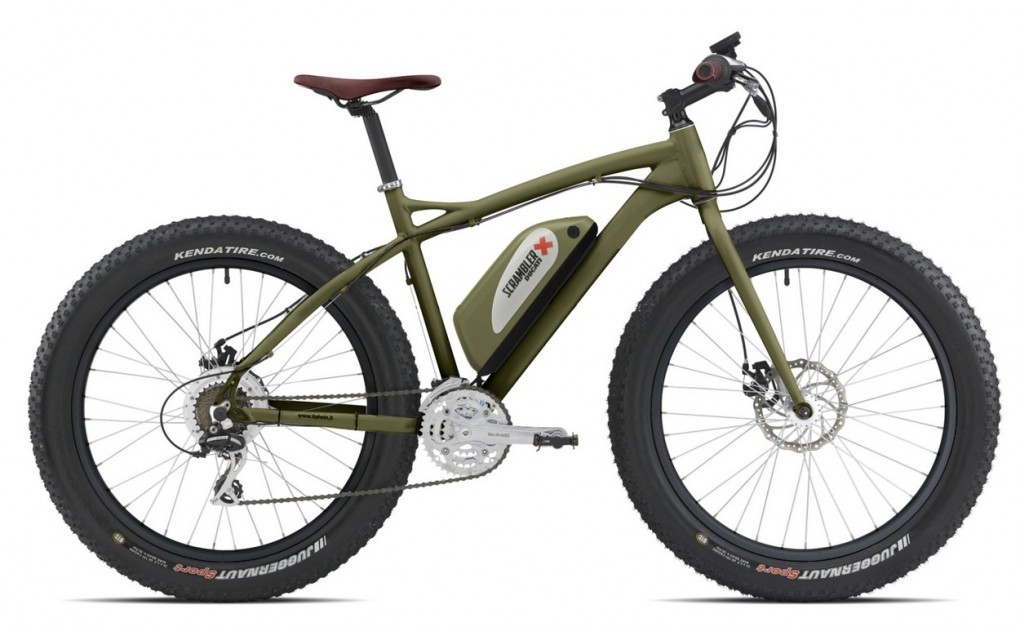 Dedicated to be a comfortable city commuter, the chunky e-Bike can also be used as a mountain bike. The fat 4 inch oversized tyres makes it the perfect ride for rough surfaces also adding to its styling. Braking duties are overseen by disc brakes upfront as well as the rear.

The battery takes 6 hours to charge and raises the overall weight of the bicycle to 26 kg. With a frame made of aluminium, the bike also gets a 24 gear (8×3) setup by Shimano. It also shares the paint scheme with the Scrambler Urban Enduro… and it looks cool!