Ducati India seems to have plans of launching an affordable bike to tap the huge potential in the Indian market. The company recently entered the Indian soil with a range of bikes, but all are too expensive and I just reported yesterday that Ducati is planning for an Asia specific 795. Now, ACI claims that this might be the bike for India and there are chances that this particular model with strike the market by this month itself. 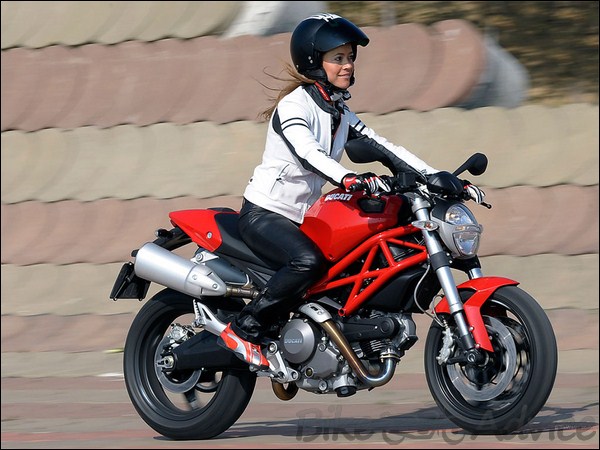 The Ducati 795 which is a naked motorcycle will be more likely priced in a band less than the Monster 796. The new bike will inherit Monster 796’s DNA when it comes to design factor and performance of the bike.

ACI in it website has claimed that ‘The 795 will benefit from lower import duties for being assembled at Ducati’s new Thailand plant that goes live shortly. However, don’t think of this as a cheap Ducati, for the 795 will retain complete Ducati quality standards in terms of design, engineering and performance.’

Ducati’s plant in Thailand will solve the purpose of assembling the components which will be engineered and imported from Italy. Coming to the engine, it will be brought from Borgo Panigale factory located in Bologna. Also, majority of the components for the bikes assembled in this plant are from Europe as well.

The Monster 796 sports a L-twin, air-cooled and twin valve engine with a Desmodromic valve train with a power output of 87 bhp. The new bike will most probably be able to generate a lower output than the exiting Monster. The engine will be tweaked to match the Indian riding conditions. What is also expected is a trellis frame with a dual side swingarm on the Monster 795 instead of the 796’s single-side swingarm.

October 20 – 21 will see the Malaysian GP, which is when the new Ducati 795 might be launched, though there are no official announcements about this launch. The bike will be priced in the band of 5-6 lakhs, Ex-Showroom. Ducati presently has four dealers in the country and it will need better network if an affordable bike like this is launched in India. So, the Italian major is planning to add three more dealers, thereby making the number of dealers of Ducati to seven.

If all this comes true, there are really great chances for Ducati to tap the market out here. The dream of Indians to own a Ducati is now at an arm’s length. Hope it turns real. Keep following us in order to get to know more about this all new bike.

I now feel our readers will have a lot to comment and share about this news. Leave your thoughts in the form of words below.