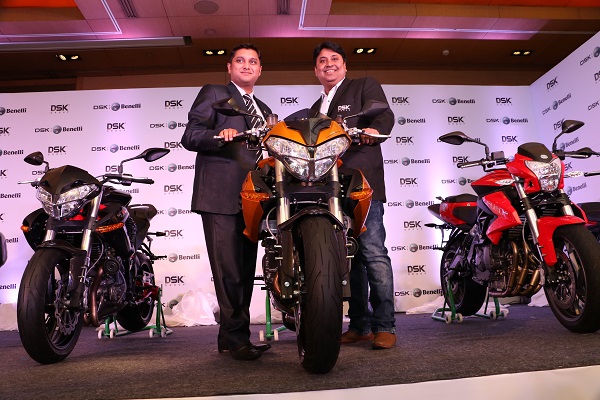 DSK Benelli are on an expansion spree in India. Yesterday, they announced the launch of their Northern dealership network as well as inaugurated their first showroom in Delhi. The Delhi dealership, called as ‘Torque Bikes’ is located at Faiz Road, Karol Bagh near Jhandewalan Metro.

They also launched their complete range of motorcycles which ranges from the current smallest TNT 300, the inline 4 cylinder 600i and 600GT, TNT 899 and the flagship TNT R.

DSK also confirmed launching of new dealerships in the northern and central part of India very soon. In terms of upcoming motorcycles, the company has been pretty vocal about the single cylinder TNT 25 which will go onto become the most affordable motorcycle in the lineup as well as the big Trek Amazonas. Both these motorcycles will be launched this year and there is a possibility of an additional third model also (more details).

At this event, we also had a word with Shirish Kulkarni and we will soon share details of what he said…