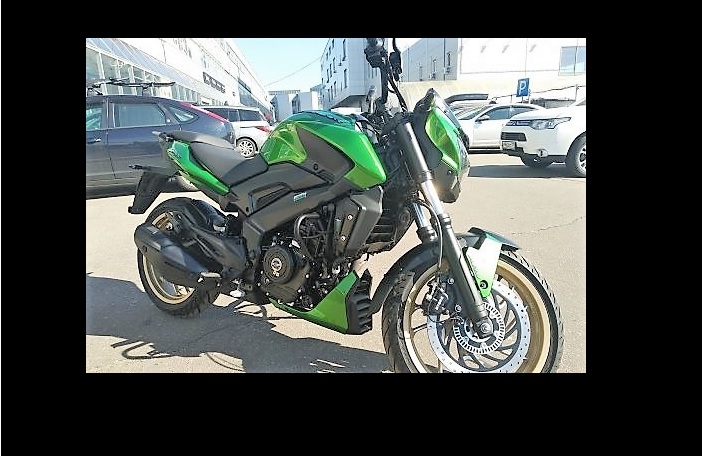 Dominar has been a wonderful addition in the list of ‘desirable’ & ‘affordable’ (at the same time) motorcycles. Its price to power ratio is unmatched, however, Bajaj has not been very impactful if we talk about its colours. The first iteration was offered in White, Plum and Blue colours. And the latest model gets Red, Black and (lighter) Blue colour themes.

Only black and white have stood out in all the choices so far whereas most of the other colours have often been termed as ‘drab’ by enthusiasts. In fact, we have received comments from our readers who demand the return of the White colour in the market.

In a latest update, Bajaj has recently launched an interesting Bright Green colour in Russia which is being promoted as a Special Edition. It gets golden colour alloys with blackened engine. 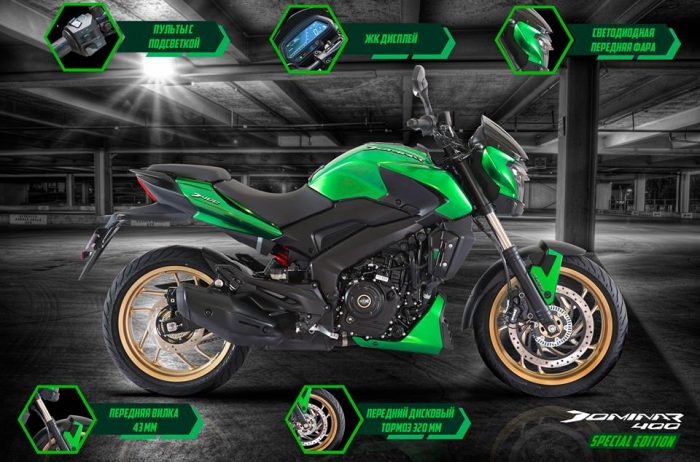 Only 32 units are allotted for sale in the country. It costs 2,80,000 Ruble which roughly translates to 3.10 Lakh in INR. There appears to be no other change in the model.

However, back here in India, Bajaj has been caught testing the 2019 Dominar. It carries interesting changes such as upside down forks, broader canister etc. You can check its spy pics here. It may or may not be launched before the festive season but we believe a fresh new colour will most probably make way during this period or it/they will be clubbed with this update if it is making an entry earlier.