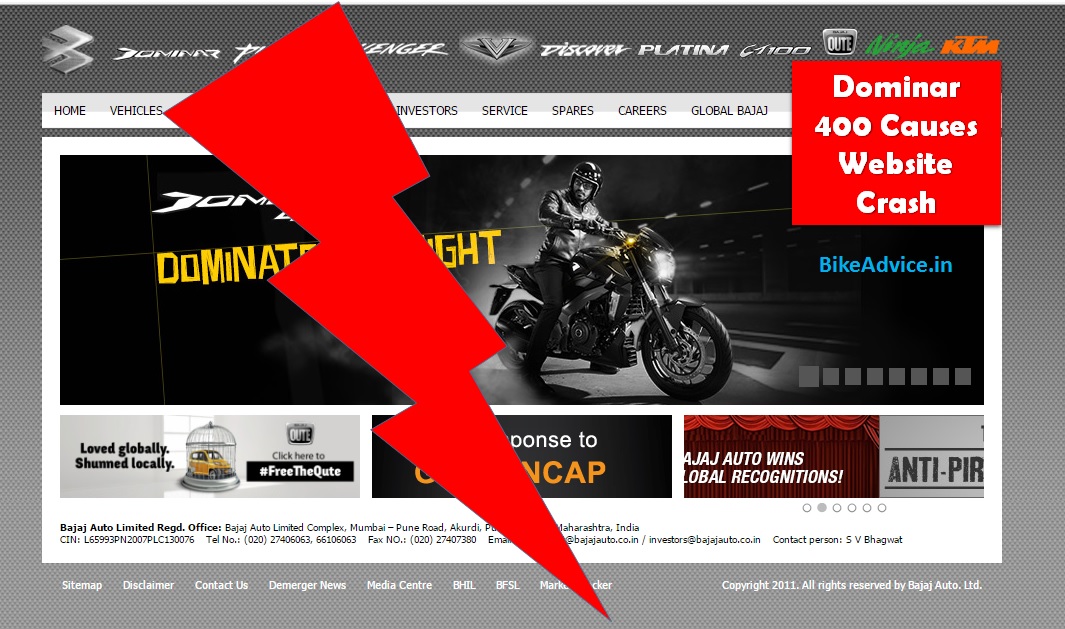 I read this somewhere – all other motorcycles are launched, Bajaj’s arrive! After sending chilling shockwaves specially to its rivals with Dominar 400’s pricing, Bajaj has shot a press release flaunting the ‘overwhelming’ traffic they received at Bajaj’s official website which led to its crash.

Bajaj informs that they received 2.6 lakh sessions on Dominar’s launch day. The webcast (which did not work initially) was viewed by 1.2 lakh viewers and they received over 4 million video views on the very first day itself. For the issue with webcast, Bajaj says the forty minute delay was because of the failure of leased lines. 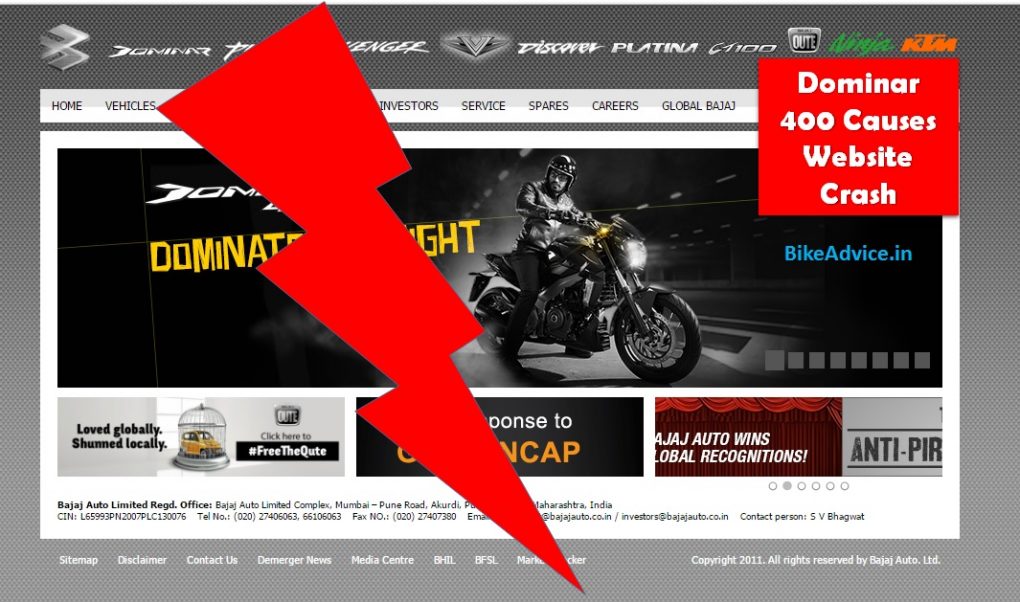 Even we at BikeAdvice received a tremendous spike in traffic on Dominar 400’s launch day and our launch story at Facebook had the maximum reach along with most shares and likes, probably ever!

Bajaj surely knows how to create ripples in the market and the ‘Dominar’ brand is already created now. In just one shot!

Display motorcycles are reaching the initially decided 22 cities and deliveries of this 35 PS/35 Nm sports cruiser will begin from next month. Bajaj hasn’t shared any number for the bookings they have received (you can book at their website) so far but they will have to ramp up production (which started in November) to cater to the demand. By the way… how many of you have booked till now?