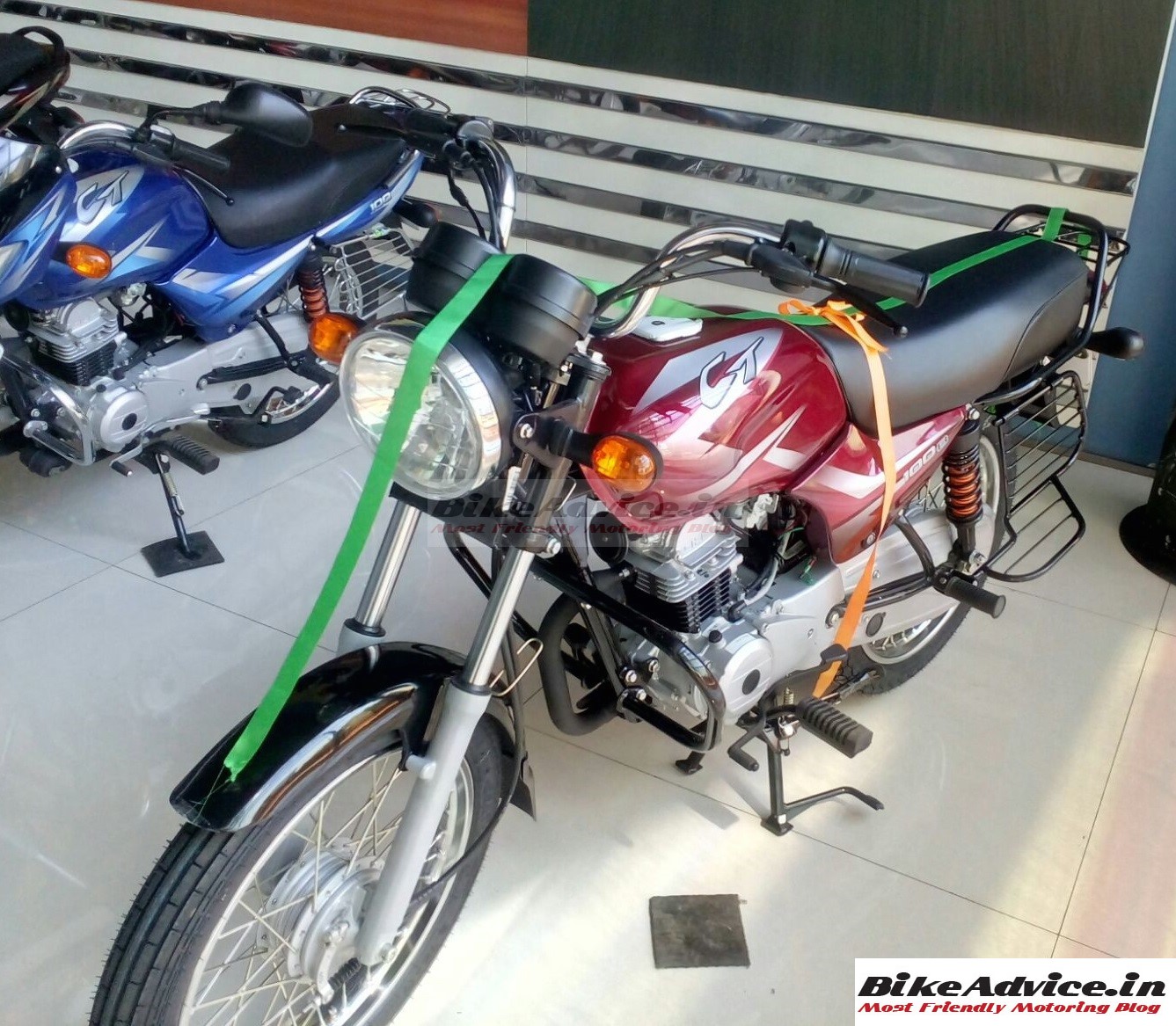 In a shocking move Bajaj has added a new variant to the CT100 line-up. This bare bones motorcycle has been given a market name CT100B and in the process it becomes the cheapest motorcycle on offer in India – dirt cheap we should say!

The new CT100B is powered by the same 99.27 cc air cooled mill producing 8.2 PS of maximum power at 7,500 rpm and 8.05 Nm of peak torque at 4,500 rpm. The bike continues to be devoid of a self starter and is mated with a 4 speed gearbox. The fuel economy is also expected to be around the 90 kmpl ballpark (claimed), similar to that of the regular CT100. 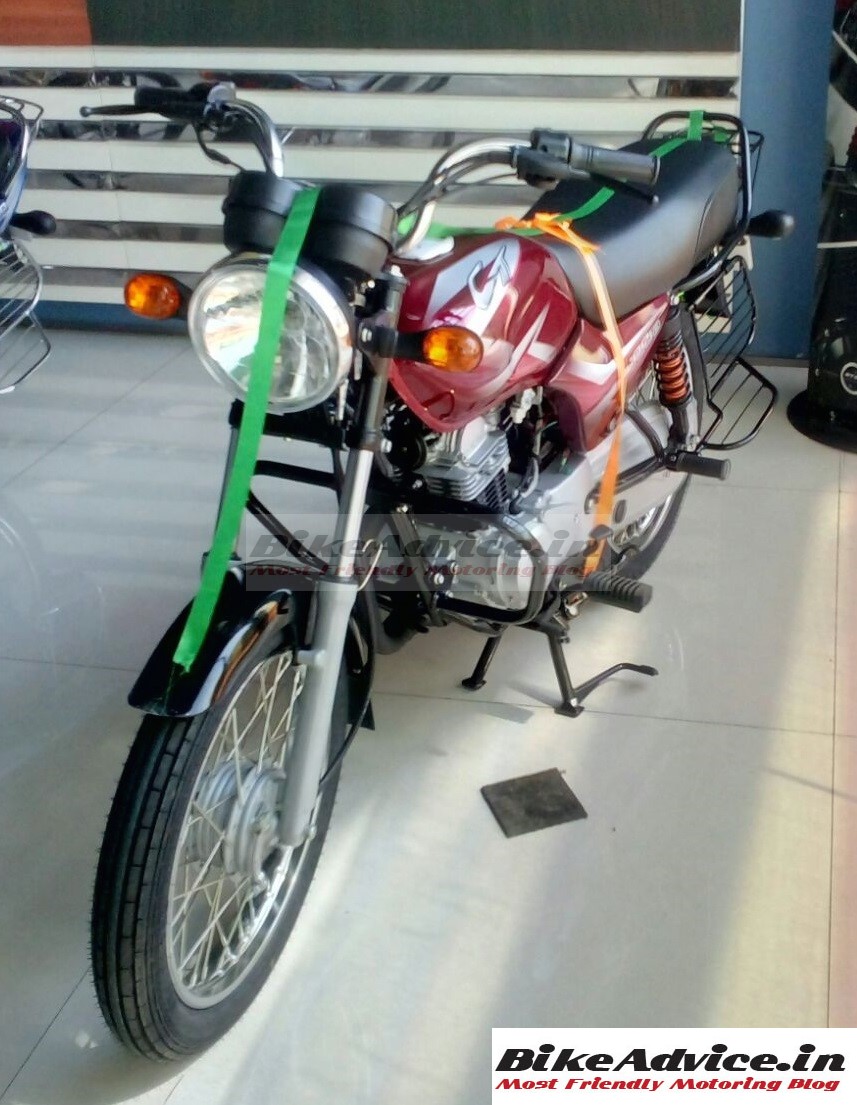 CT100B loses the bikini fairing and gets a round headlamp instead. The circular head lamp gives it a classic commuter look of the bygone era with the dual pod instrumentation reminding us of the Kawasaki Bajaj KB100! The front suspension gets hydraulic telescopic forks while the rear continues to sport the same SNS set up.

The rear cowls are gone and the gear shifter as well as the grab rails/saree guard are black in color. The seat is also a little different whereas the tank, side panels and other bits have been carried over. The tail lamp is also a disjoint unit. CT100B also comes with standard spoke wheels and is absolutely utilitarian, as you can expect for a motorcycle of this price.

We connected with a few Bajaj dealerships in the major cities of India and understand that CT100B is only available in Pune at this moment. CT100B carries a disruptive price tag of Rs 31,888 (ex-showroom, Pune) and is on offer only as a single variant with spoke wheels. Adding the other basics, CT100B will cost Rs 37,170 on road in Pune. That is the cheapest it gets to owning a new motorcycle!

Dealerships in the national capital though have confirmed that they will get the bike in 10-15 days. The price difference between the spoke variant of CT100 and CT100B is a significant Rs 4,000. Now, that’s Bajaj’s way of creating ruckus in the market!