AVL, or Anstalt für Verbrennungskraftmaschinen List, may not be a name well known to people in general and so are the engines and automotive machinery that they manufacture. It is an Austrian-based automotive consulting firm as well as an independent research institute. It is also the largest privately owned company for the development of power train systems with internal combustion engines (ICEs) as well as instrumentation and test systems AVL are well known throughout the automotive world for their engineering prowess when it comes to engine design and manufacture. Chances are, you most probably have witnessed an AVL engine in action during recent times, prime examples being the engines of Mahindra Scorpio/Xylo, and more importantly, the Enfield Bullet. These were designed by AVL and as you may know they are examples or reliable, efficient and powerful engines. 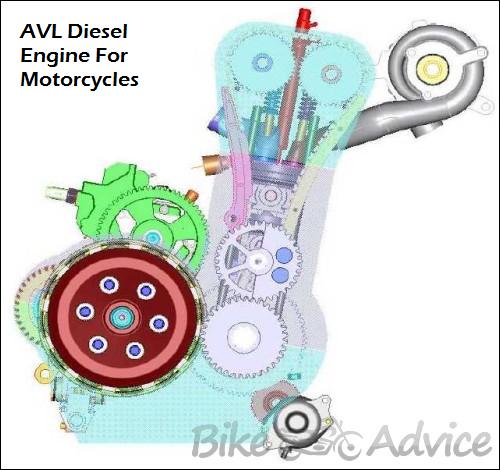 Here, we talk about a new kind of engine, one that has the potential to revolutionize the biking world. Yamaha has already applied a patent for it and AVL has almost completed the design and engineering phases of the same. Its the diesel turbocharged engine for bikes! The simple reason it’s going to be different is because of the fact that its a diesel engine. Yes you heard it diesel. You might be wondering what is so great about this because you already may have seen Enfield’s on the road fitted with diesel power plants. But there is a whole world of difference between an old age diesel engine and a new generation one.

You see, like all things, engines have gotten better and better over time and its actually rare for one to see a new bike or car with engine problems of any sort, anyone would know how silly the noises are from an old diesel engine but the fact of the matter is Yamaha and AVL are in no mood for old stuff, they’re focusing on turbocharged, lightweight, fuel injected or common rail systems for their diesel engines. The diesel engine on a Suzuki Swift is among the most technically advanced diesel engines in mass production, its silence, refinement, power, efficiency and size stands testimony to the fact that diesel engines can actually be as good as their petrol counterparts. Gone are the days when you needed twice the Cubic Capacity of a petrol engine to produce the same power from a diesel, with modern technologies like turbo systems, more power can be made from a lot smaller package.

Let’s move on to the details. We are focussing on the AVL engine as its the only one we have more information on while the Yamaha’s version is right now kept confidential. AVL has designed a 3 cylinder, turbo charged, common rail fuel injected diesel engine. These kinds of engines are widely used in the Indian automobile market because of their efficiency and the lost cost of diesel fuel. Also such engines generally have power in the low to mid range of RPM’s which make it much easier to drive than its petrol counterpart. Using this sort of engine on a bike would make perfect sense because of all the factors mentioned above. But there are certain problems like turbo lag and diesel smoke that make it a slightly worrying prospect; the folks at AVL managed to get past these hurdles with the use of a VGT (Variable Geometry Turbine) that adjusts the turbo blade angles to provide power in a smooth and steady manner, examples of this technology can be found in the Porsche 911 Turbo and the Hyundai Verna. 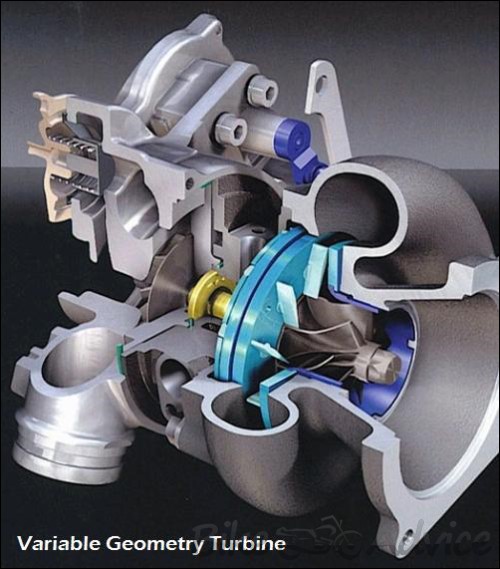 The AVL diesel engine and vehicle concept was performed as an internal research and development project. It is the first high performance diesel engine to be specially designed for motorcycles in terms of packaging and styling. The packaging of the engine in the vehicle was shown using a rapid prototype model. The engine design is based on AVL know-how from development results and measurement data of state of the art HSDI (High Speed Direct Injection) diesel engines, Also besides the packaging and design work, a 1D thermodynamic engine simulation system with AVL’s software code ‘BOOST’ was carried out in order to optimise the gas exchange of the engine including the VGT (Variable Geometry Turbine) turbocharger to predict the engine performance. To optimise the engine in terms of cyclic speed irregularity a torsion vibration system was set up using AVL’s software code ‘BRICKS’. This simulation included the variation of the flywheel mass and the analysis of different cylinder pressure and associated characteristics. Additional simulations of the entire motorcycle in order to determine the driving performance were carried out using AVL’s Vehicle simulation software ‘CRUISE’. The engine specifications were fixed under consideration of the required performance, emission, styling and noise targets. The table below gives an overview of the main engine specifications for the engine.

The crankshaft of the diesel engine was designed in order to achieve the required torsional rigidity with a minimum weight. Overall this is a promising development in engine technology and is one that will surely change the world of biking for some time to come. Yamaha has already filed for a patent for an engine with almost the same characteristics and its just a matter of time to see who comes out with the finished version first.