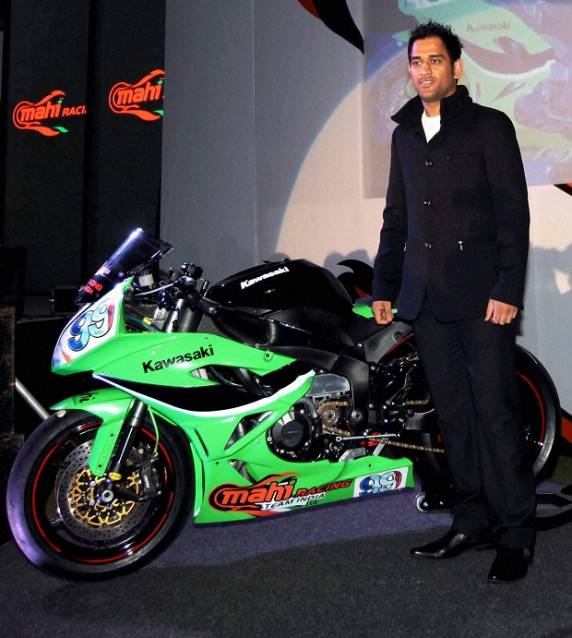 Our Indian cricket captain, Mahendra Singh Dhoni is known for his batting performance and captaincy on ground. What he is also known for is having a diehard passion for bikes, especially powerful, fast ones. And now he has strengthened this love of his by launching his own motorcycle racing team, called MSD R-N Racing Team India to compete in the Supersport FIM World Championship. Team MSD R-N Racing entered mid way in the championship but went on to showcase some strong performances in the 600cc class and even grabbed a podium finish. Under the new brand name, Mahi Racing team India, as the team will now be called, the team has gone some changes in riders and their targets.

The team has signed three-time and reigning world Supersport champion Kenan Sofouglu and Fabien Foret who finished fourth in the championship. Apart from these two main riders, Mahi racing has also signed Dan Linfoot and Fabian Marino. To give you some background on Foret, he has won the title in 2002 and also has 24 podium finishes to his credit. The Mahi Racing Team has got a new logo too and the biggest support to the team currently is that it will be the factory team of Kawasaki and so they can expect maximum support in terms of technology.

Arun Pandey, chairman and managing director of Mahi Racing said,” We were targeting mid-table finishes to form a base for the next year. But the team put up a sterling performance and created history by pulling off a podium finish after just five rounds. Our rider Dan Linfoot finished a remarkable third at Magny Cours, France. Our crew did an outstanding job by setting up the team within such a short time.” The riders will be using the Kawasaki ZX-6R for the racing and will be testing during the official winter testing season. Next year, WSBK is coming to India, and definitely Dhoni’s team will see a good fan following. 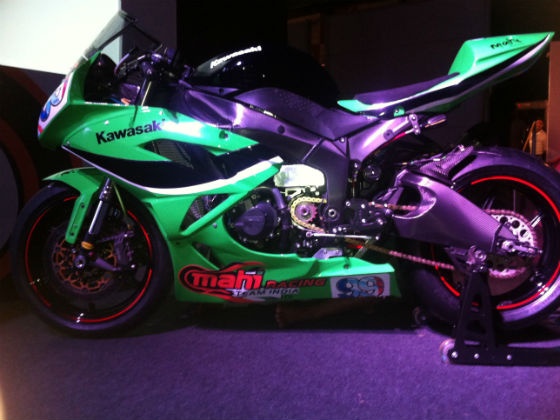