Italian Superbike maker Ducati has planned for the Streetfighter 848 as part of its 2012 portfolio.  The company has now confirmed it, thereby making it official following the long rumours of this particular model by coming up with the release of its first press pics. 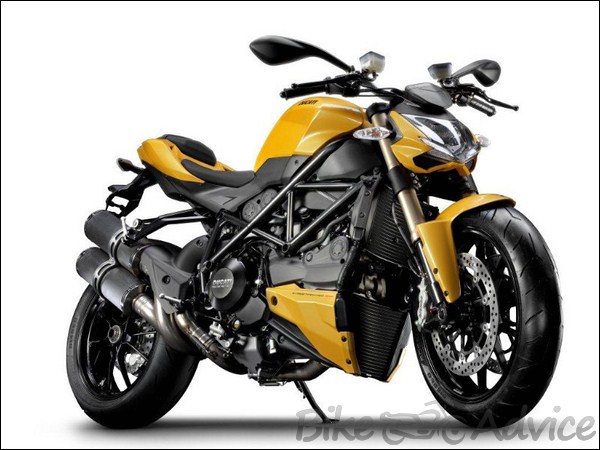 Ducati has confirmed the fact that this new Streetfighter will be powered by the 848 Testastretta 11 engine which is  found in the 848 Evo Supersport model. Ducati says of the L-Twin engine on the Streetfighter 848 model that it has “enriched its user-friendliness with a smooth and flexible power delivery.”

According to motorcycle-usa.com, ‘Spec sheet details are fleeting, though the 848 Streetfighter will employ more street-friendly ergonomics than its supersport kin. The Ducati-standard steel trellis frame is visible, along with components like an adjustable inverted fork and radially mount Brembo brakes. The chassis rolls on Diablo Rosso Corsa tires.’

Ducati’s 848 news release corroborates the bike will utilize Ducati Traction Control, following the electronic lead of all Ducati’s latest street offerings like the Multistrada and Diavel, which was launched in India recently.

The reason of coming up with this model is to concentrate on the customers who prefer a little cheaper bikes than the usual Ducatis, but still want the aggressiveness of a Ducati bike. This particular model is expected to cost less than £10,000 in the UK. The current Streetfighter is only available with a displacement of 1099cc V-twin form with the cheapest model starting at £12,095 and the higher end ‘S’ model bearing a whopping price tag of £14,695.

According to what I got from MCN, ‘A new heat shield has been designed around the riders’ legs, the engine is now more neatly covered and goes a long way to clearing up some of the messy design from the current Streetfighter engine. One big design issue the Streetfighter has always suffered from is the fact the water-cooled Testastretta superbike engine was always intended to the covered by a fairing and looked messy without one on the naked Streetfighter.’ 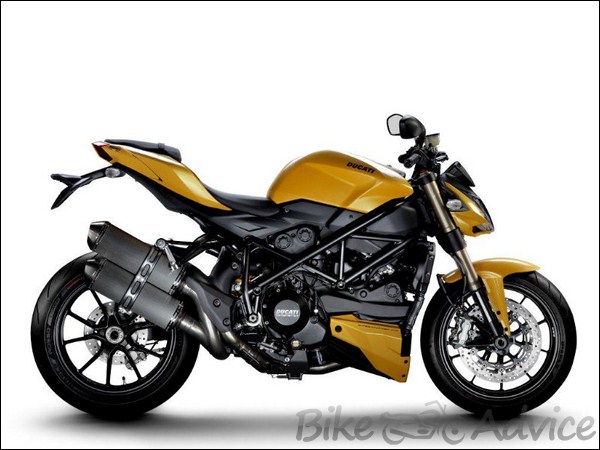 But, to end this up, we are presently unaware if this all new 2012 Ducati Streetfighter 848 will pay a visit to India or not.