KTM has passed on the GST benefits by reducing prices of its sub 350cc motorcycles which we have shared few minutes back (here). However, their <350cc motorcycles – Duke 390 and RC390, despite the levy of 1 percent extra cess in GST (over the older net tax), have become cheaper in most states of India.

This is simply because all these states extracted higher (than 31 percent) taxes prior to GST. 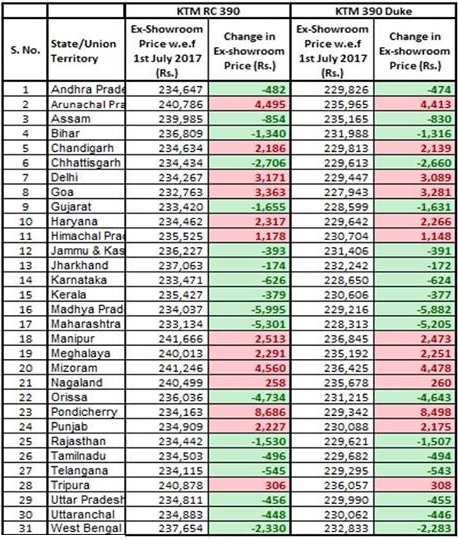 *all prices ex-showroom and applicable from 1st July 2017