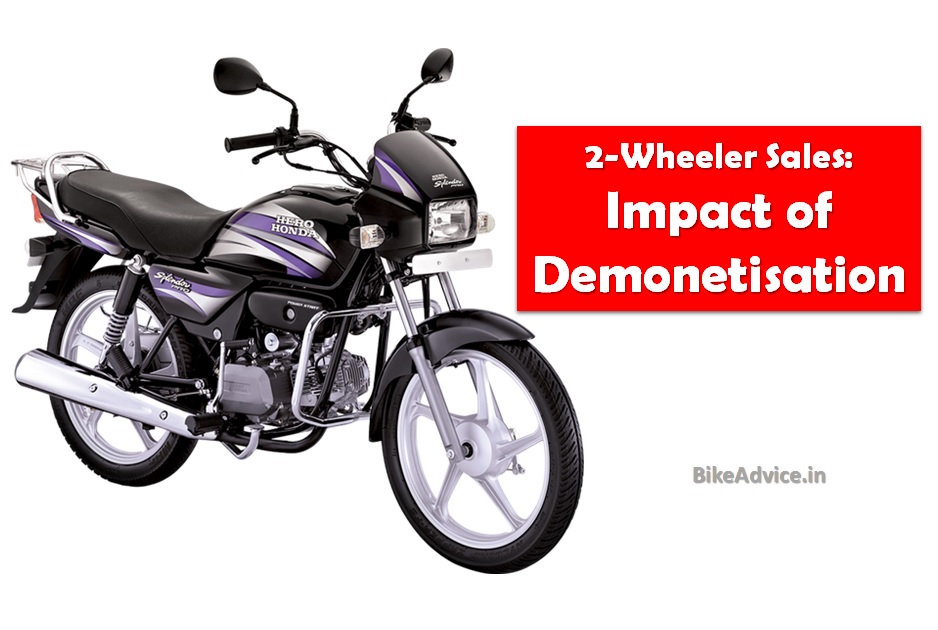 Let us understand the Demonetisation impact on two-wheeler industry (sales)…

Nobody would have though that Hero would return to 3 lakh units ever again in a month unless there is a massive turnaround in customer’s mindset. But demonetisation, at one go, wiped off over 1.6 lakh units from their December 2016 sales (year on year). Similar is the case with almost all major manufacturers with the exception of Royal Enfield and a few others.

Let us take a quick look at how did each manufacturer perform.

Mahindra Two Wheelers: Mahindra almost lost its entire market and registered a massive decline of whopping 85% and garnered only 1498 unit sales (compared to 10,488 of Dec 15).

Hero MotoCorp: The largest two wheeler manufacturer in terms of volume was the second in the list with a decline of 35% as over 1.6 lakh units got wiped off from their December 2016 sales tally (compared to Dec 15). It must be after many years that they would have returned to 3 lakh unit sales in a month (3,12,233 was their figure for Dec 16). Month on month also their decline was very similar with about 1.56 lakh units degrowth.

Bajaj & TVS: Bajaj and TVS lost about 13,000 and 14,000 units in the process respectively when compared with their sales in Dec 15. As compared to Nov 16, the decline for both of them is more significant! 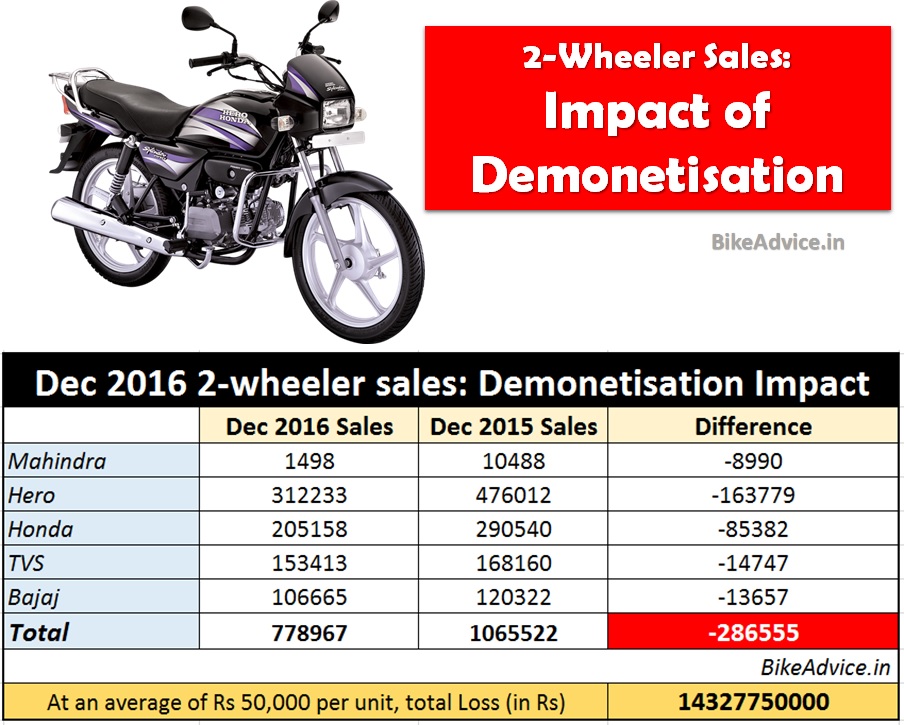 Among major manufacturers, Royal Enfield was the biggest gainer with a 40 percent increment in sales followed by Yamaha. Piaggio and Suzuki also witnessed growth of a few thousand units.

Summarising it, demonetisation wiped off nearly 3 lakh units from the list of top loosing manufacturers which is about 27% of their sales in December 15. If units do not reveal the magnitude of the loss, let us talk money.

Next Read: Surprise – RE Classic 350 Outsells All Pulsars Combined in Dec 2016