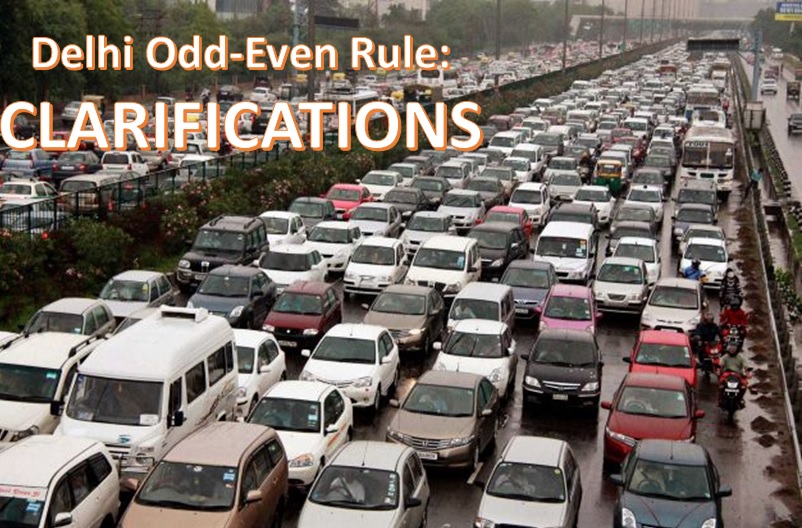 The national capital is also the centre of power of the country and has been almost a gas chamber due to its levels of air pollutions. Over the last few days residents of Delhi as well as the rest of the country have been debating about the Delhi government’s odd-even rule. It is very difficult to have a straightforward ‘Yes’ or ‘No’ to the plan and things need more clarifications. While this may not please everyone out there but the intent is right and there are a few aspects which definitely need to be implemented soon!

The Delhi High Court has refused to release a stay order against the rule and went on to call the public information litigation (PIL) premature! Yes, of course a PIL at this stage is juvenile, after all, the odd-even plan is just a proposal right now which will be implemented on a trial basis!

So, if you are confused, here are some clarifications for you…

No Delhi minister has been exempted from this ruling.

What is the government doing from its end?

Delhi has the best public transport mechanisms (in relative terms) in the country with the Metro at its core! So, what has the government done apart from accepting the fact that transition is not going to be easy? This….

Penalty for Violation of Odd-Even Rule

Violators of the odd-even rule will be slapped with a fine of Rs 2,000.

So, it starts from the first of January 2016, with hopes of keeping 40-50 percent cars off the road, which should result in remarkable gain in terms of air pollution.

Till it comes into effect, do tell us your views on this and how and what can be bettered….