Despite being a potentially fantastic concept, so far Himalayan has mostly been in the news for all the wrong reasons related to the truckloads of quality failures it comes with. However, today we are sharing an interesting mod “El Diablo” by Way2Speed.

This custom Himalayan, which is running on Mojo-derived White-red dual colour theme, gets a lot of cosmetic changes the most significant of them being the 3-part ‘Enduro’ fairing which adds to the motorcycle’s aerodynamics, according to the modifier. 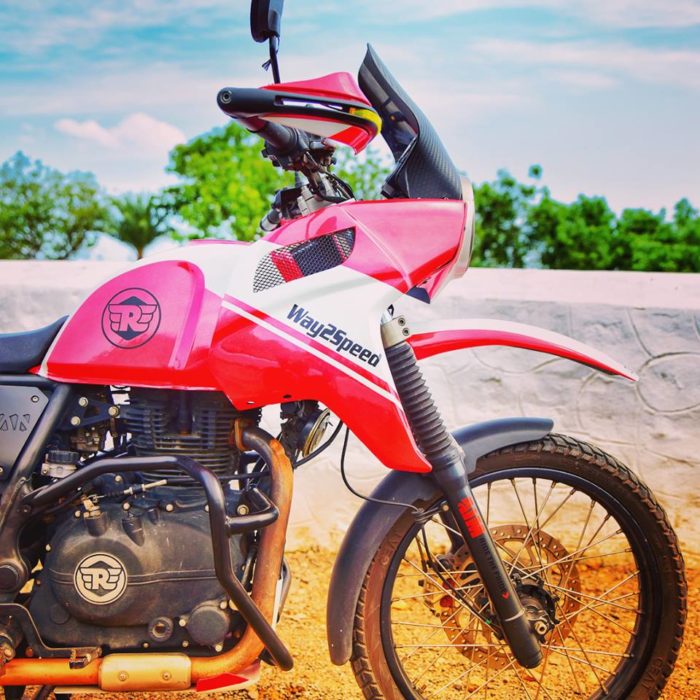 Other changes in this Dual Sport Kit El Diablo include…

This custom kit for Himalayan was sculpted in 300+ man hours and though it adds to the weight of the already heavy bike, improved aerodynamics take care of performance. They say that the overall aerodynamic drag has been improved significantly.

Also Read: Royal Enfield 750 Twin May be Unveiled Next Month

It should also be known that this complete kit is simple plug and play and you can revert to the stock motorcycle whenever you want.

If you liked the mod and want to get it ordered, you can connect with Way2Speed on Facebook.