The curtain raiser event for the upcoming Delhi Auto Expo 2012 happened yesterday with a press conference which happened today. This Expo is considered to be ‘The’ most important one for India as this is where most of the Indian two wheeler and four wheeler manufacturers find the ideal place to launch their new products. 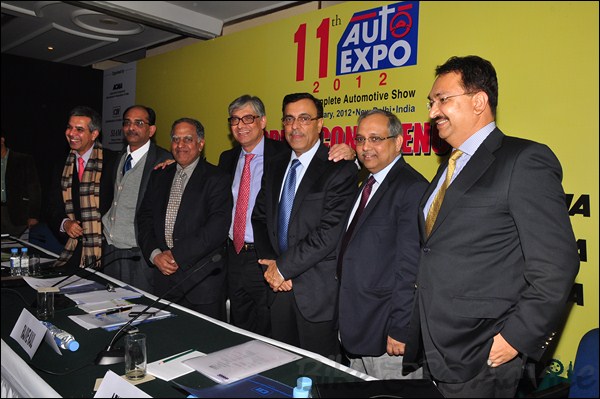 The theme for 2012 Delhi Auto Expo is ‘Mobility for all’. This edition of the expo will see around 50 new launches which includes both two and four wheelers. There will also be 1500 participants from around 24 different countries displaying their products here. India-specific products are also to be unveiled simultaneously for the first time since the inception of Auto Expo. Component manufacturers belonging to this sector will also be announcing a big list major innovations and break-through products in their respective fields, especially their efforts in the area of green technology.

A massive surge of overseas participation, bigger contingents from Germany and China, besides a strong presence of Indian manufacturers have all resulted in a complete booking of space at the venue -16 halls, the 10 hangers and the outdoor space in total comprising 115000 square meters, Aligning with the theme of ‘Mobility for All”, Mr Rajive Kaul, Chairman, Steering committee, Auto Expo 2012, highlighted during this press meet.

Mr S.Sandilya, President, SIAM (Society of Indian Automobile Manufacturers) said that. ‘International attention on the Indian automotive industry is perhaps at its peak today at the Indian market, with the developed markets either stagnant or declining due to frequent recessions. India is one of the few markets in the world which is growing and also has a vast growth potential in the years to come. Therefore, the world is looking at India to drive future global growth in the auto sector. Almost every foreign vehicle manufacturer has a presence in India, and companies who do not yet have a presence in India are expected to enter shortly. All eyes are currently on India considering its growing potential that these manufacturers observe here’. 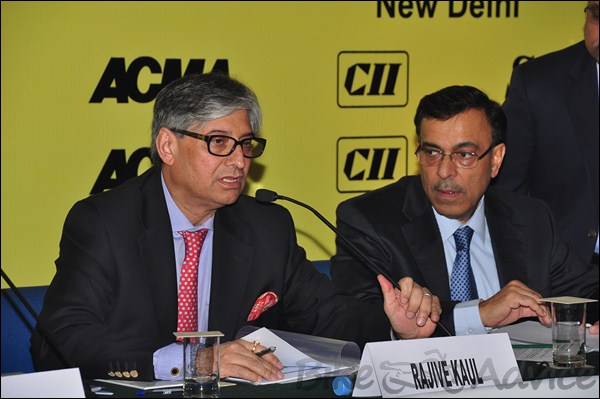 He also added that with the current lull in the market, the Auto Expo will aim to generate excitement and fulfil the aspirations of the Indian consumers with the Theme of “Mobility for All” and will also position India as a champion of Green Mobility, with a focus on alternative fuels, Electric and Hybrid Mobility etc, which is a national as well as a global imperative today.

It’s not only the Indian automobile manufacturers who have gone global in the recent past, but the component makers as well either in the form of collaborations or acquisitions. Global component manufacturers like Visteon, Delphi, Magna or Continental either have a dedicated business here or are in tie ups with Indian component manufacturers. Apart from these manufacturers, tyre majors like Michelin, Bridgestone, Pirelli, Dunlop, Continental, as well Indian heavyweights like Apollo, JK, MRF etc too have carved their space in the Indian automotive industry, the Indian companies even gaining international foothold. Increased attention on India is a result of the tremendous growth shown by India, especially when global markets are reeling under severe economic downturns.

Exhibitors from the auto component industry have a strong presence in Auto Expo 2012. Some of the major component manufacturers out of the sub – continent from nations which includes Belarus, Canada, People’s Republic of China, France, Germany, Hong Kong, Japan, Malaysia, Netherlands, Portugal, Russia, Switzerland, Singapore, Thailand, Turkey and UAE  are also marking their presence in the 11th Auto Expo. Making it, a truly “India’s global Automotive show” Mentioned Mr Arvind Kapur, President ACMA, during his address.

The upcoming auto expo saw major future prospects which are truly with the venue bursting at its seams with massive bookings. Component manufacturers will be announcing major innovations in their respective fields, especially their efforts in the area of green technology, which is considered to be the need of the hour. 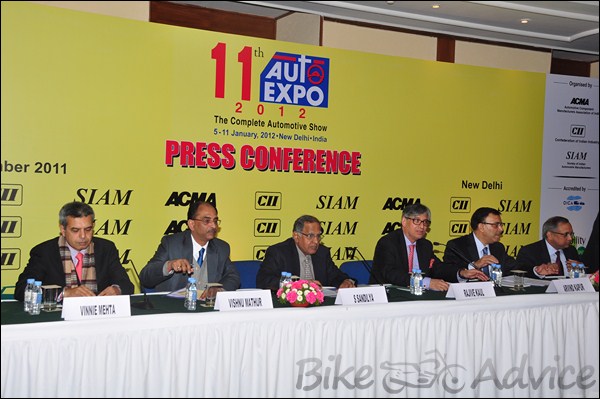 Now, let’s ge to know a little bit about the history and story of this expo. The auto show is jointly organised by the Confederation of Indian Industry (CII) along with the Society of Indian Automobile Manufacturers (SIAM) and the Automotive Component Manufacturers Association (ACMA). It is the only show in India accredited by the Organisation Internationale des Constructeurs d’Automobiles (OICA). The International Organization of Motor Vehicle Manufacturers was founded in Paris in 1919 and its membership which comprises of 41 national trade associations around the world, including all major automobile manufacturing nations.

Mr Chandrajit Banerjee, Director General, CII said during his address to the media that around 1500 participants from 24 countries will be taking part in the show. Companies from Germany, People Republic of China, Canada, France, Italy, Japan and the UK have confirmed their participation.

Auto Expo is rededicating the first day of the show (January 5th) as a Goodwill Day as in the previous edition. Although the first day is open exclusively for the media, it would also be open to those who are physically challenged. This move is deserves a special appreciation and Team BikeAdvice supports this move strongly.

Apart from the innovative additions to the show, it would have its usual focused pavilions. These will include pavilions for accessories, audio, alternate fuel, gas technologies, design, IT, diesel, garage equipment and the popular ‘asli-naqli’ pavilion.

Mr Vikram Kirloskar, Vice President, SIAM, delivered the concluding remarks and said that like in the past the 11th Auto Expo will also showcase future vehicles that will be launched in Indian market during the coming months and years and it is hoped that the event will be a harbinger of revival of the industry in the new year.