Year end is always a great season for guys like us as this is the period where we’ll get to hear the launch of great bikes for the next year and this year end has not been any exception for it. Almost every single company right from BMW, Ducati to the Yamaha are all set with their bikes for 2012. 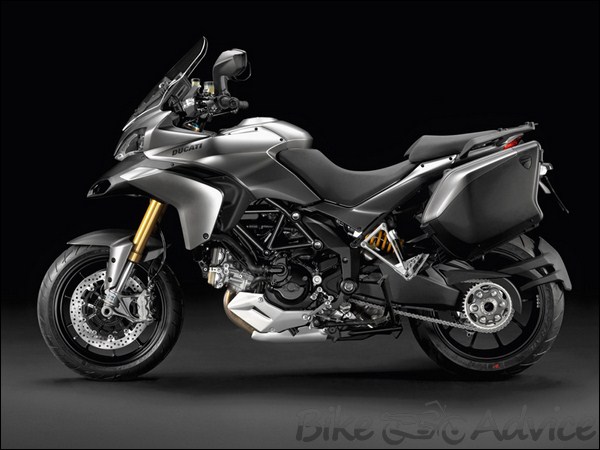 Well, this post is not about any new bike, but an old bike which is gonna be adored with yet another new colour. Ducati Multistrada, which recently set its foot in the Indian soil, will see some very minor upgrade in its 2012 model.

Ducati will be adding an additional colour scheme of ‘Race Titanium Matte’ to its existing colour schemes for the Multistrada. This will mean no stopping of any existing colour schemes.  Acording to a latest news my MCN, ‘The new colour option will include a “racing black” frame, while the seat has been lengthened for added comfort. The Multistrada will still be available in both red and white, and will come in the standard, Sport, Touring and Pikes Peak Special Edition guises.’

This being the case with the Multistrada model, the 2012 Hypermotard 1100EVO SP will also undergo an upgrade. The bike will be made available in a ‘Corse’ edition which will have a higher ground clearance than its previous model. Also, the bike will sport upgraded suspension and high mounted bars. These are the details that are out from Ducati and the remaining is still suspense.

However, these minor upgrades are not what interests hardcore Ducati fans like me. What kindles our interest right now is the launch of 2 bikes to the existing Streetfighter portfolio. As we’ve reported earlier in BikeAdvice, Italian major Ducati will add the new Streetfighter 848 and the 1199 Panigale for its 2012 list.

The Panigale 1199 will be unveiled at Milan’s EICMA International Motorcycle Show in November, as per Ducati’s announcement. But, its pretty sure that it’s gonna be a blockbuster in all aspects (after all, that’s what Ducati is known for, right?)

Apart from the 1199 Panigale, the company also has another new launch pending. Ducati is planning to launch an Asia specific model, owing to the importance of this market for the company. Monster 795 is the bike for Asia and it will be unveiled at the Sepang Moto GP later this month.

Aren’t you all interested to know more about Ducati now? Actually, I’m damn eager to get every single info about these bikes so that I can make our readers aware of it. Stay tuned with us as we get more upgrades on Ducatis for you.