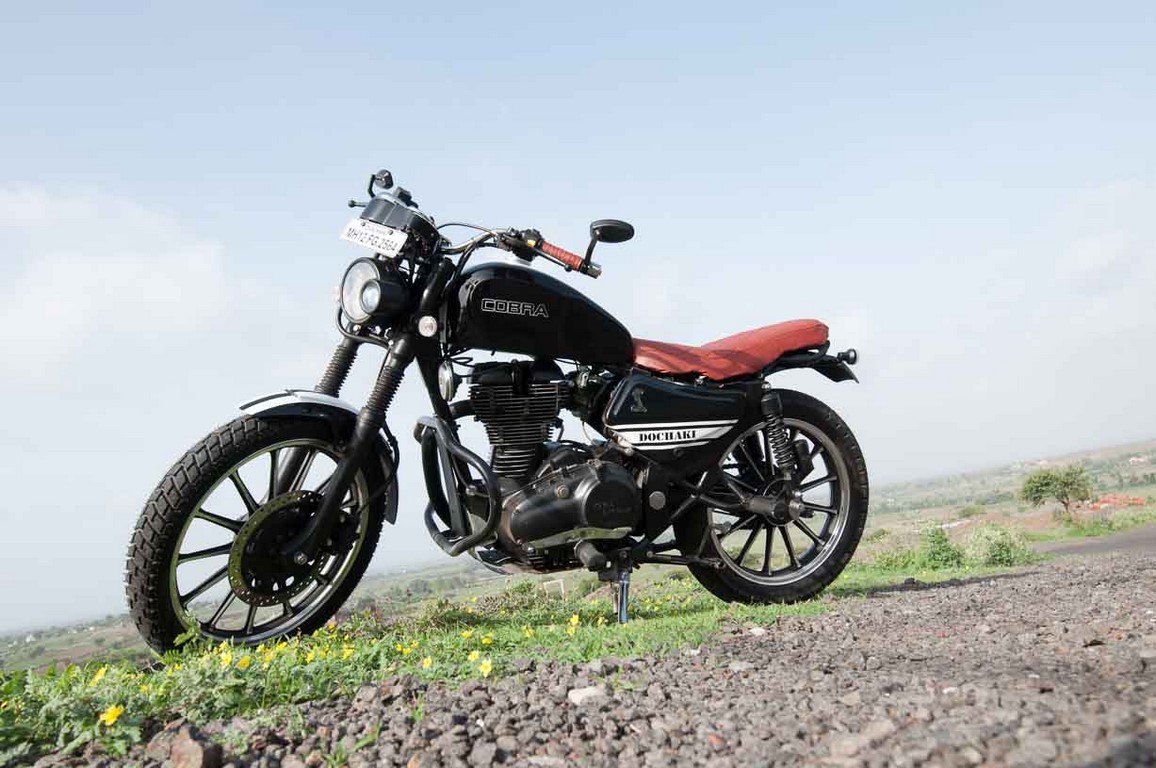 A lot of us want our motorcycles to look a little different from the crowd, and depending on our budget we try to mod them up to represent our style. Here is an interesting modded motorcycle that has caught our fancy. This is a mod by the folks at Dochaki Designs based in Pune.

All you need to do is give them a vehicle and they will transform it from an everyday stead to a dream machine, almost! This time round they have taken the Royal Enfield Thunderbird 350 and made it into an eye catching Scrambler!

Presenting the Cobra! Although scramblers are known to be a bit uncomfortable for regular use, the Cobra has been built to provide practicality and charm on the same plate, as claimed. Dochaki also says that its user friendly design and ergonomics will allow the rider to have a comfortable journey on city streets as well as a comfortable outing when the road gets rough. 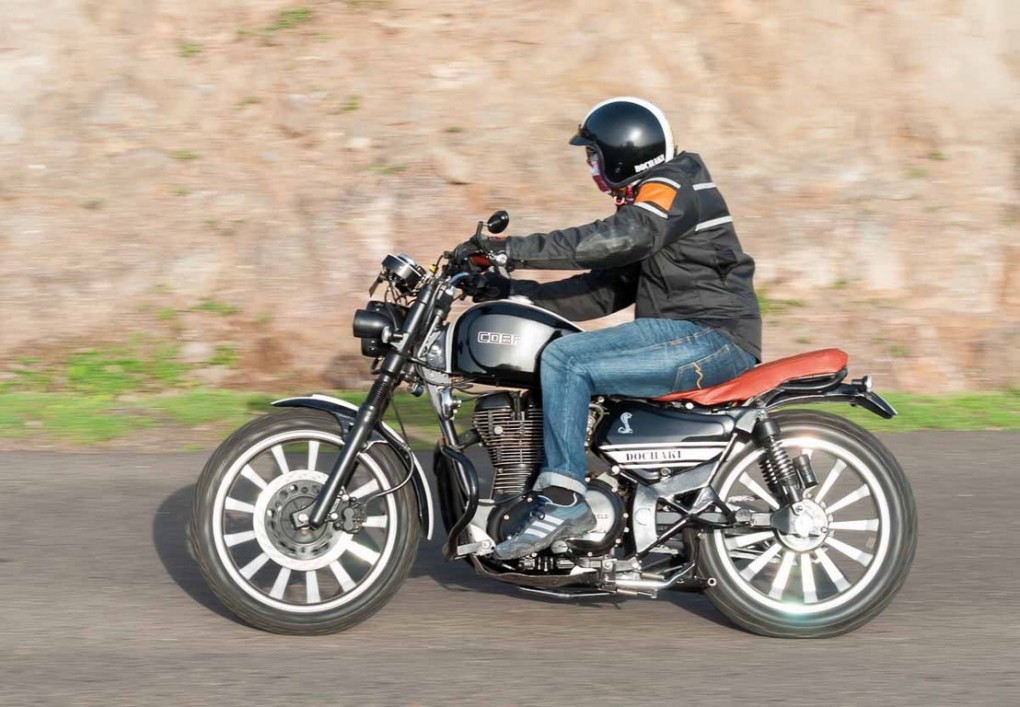 The 346 cc Twinspark engine has also been tuned by Dochaki Designs. Here’s what they have done to make the engine livelier: 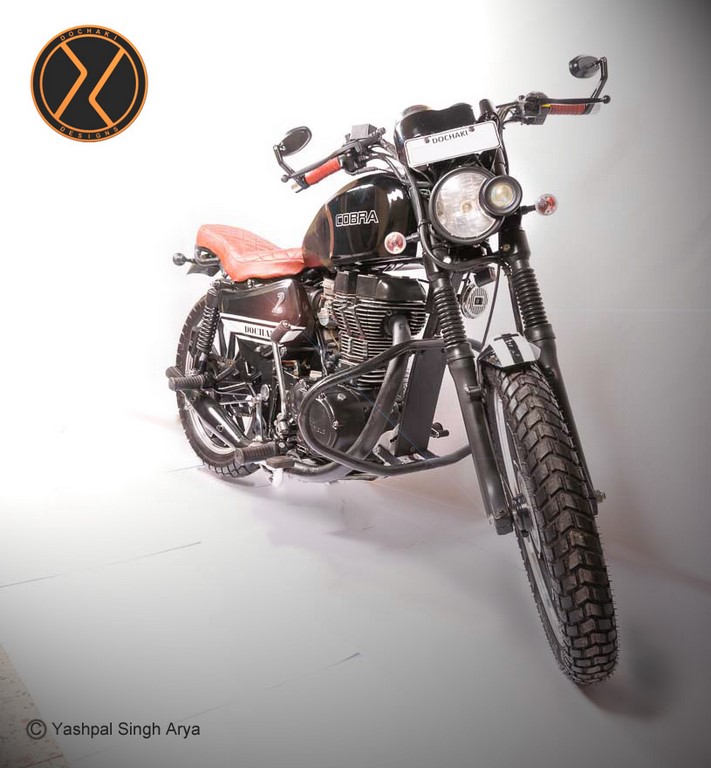 The original output figures of the Thunderbird 350 are 19.8 bhp of power and 28 Nm of torque. While the exact output after these modifications could not be tested on the Cobra because of logistical issues, the folks at Dochaki are confident that it will churn out at least 20.5 bhp of maximum power and 30 Nm of peak torque. 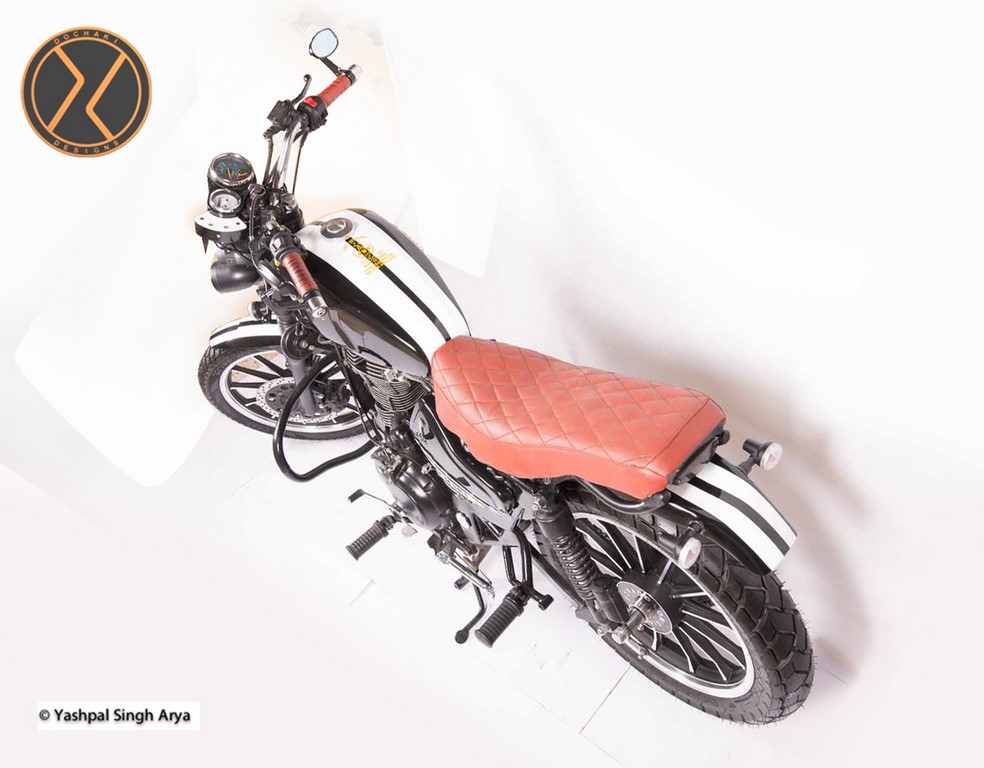 The spokes have been replaced by stylish alloy wheels while the rubber is tubeless with bigger treads for better grip both on and off the road.

The hand crafted body panels include patrol tank (which has feature lines inspired from the Shelby Cobra), side panels, front fender having scoop like feature, high Rear fender, with racing strips running across the whole bike. It also sports dual headlights, LED tail lamp and a Scrambler style seat which has been customised for city rides. Grab handles for pillion are located below the rear seat. 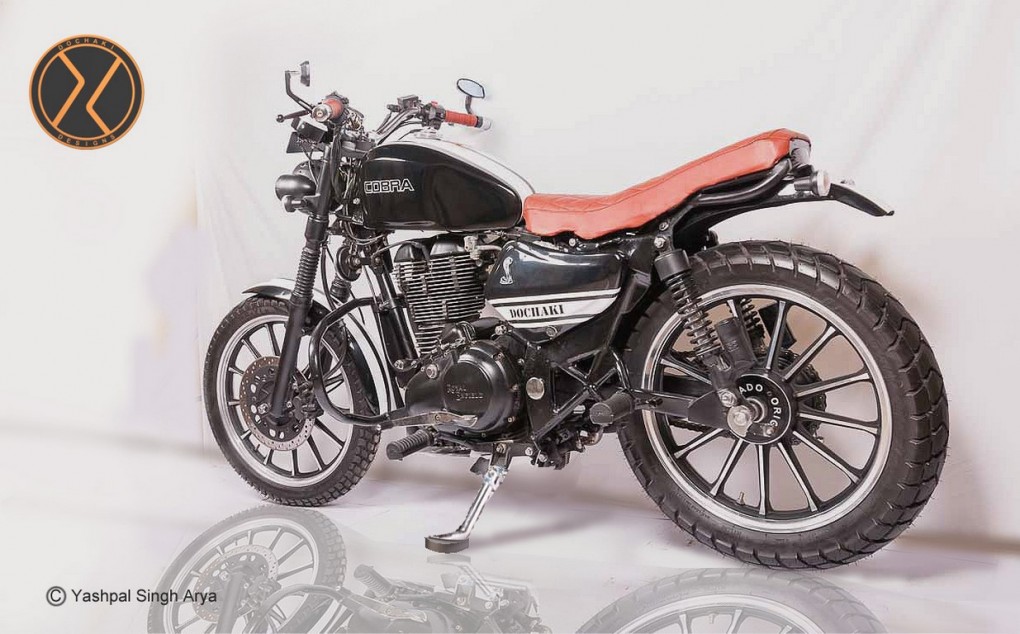 Meat of the Matter: Price?

Wondering how much? The Cobra took them 2.5 months of hard work and the total expenditure on the bike has been pegged at Rs 1.3 lakhs, excluding the price of the Thunderbird 350.

If you want to connect with these guys, you can shoot a mail at info[@]dochaki.com.