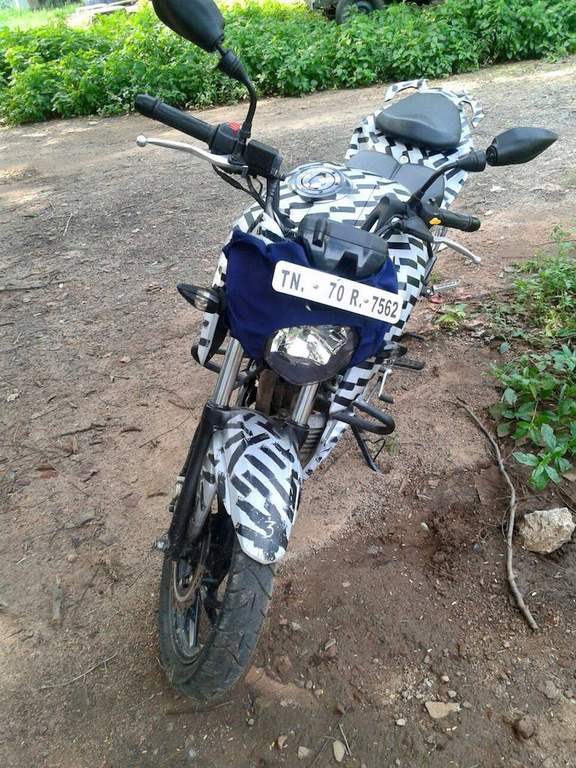 The Draken concept showcased at the last Auto Expo did confirm one thing that the new generation of Apaches will be fabulous lookers! While the enthusiasts were just revelling over the beauty of the recently unveiled BMW G310R, new spy shots of the Apache 200 have given us a big grin on our faces.

The latest spy pics, the clearest till date (credit: Anoop Radhakrishnan), reveal some lustrous curves of the upcoming beauty. This will indeed be a motorcycle inspired by the looks of Draken with large elongated tank extensions, muscular tank, sporty intents and streetfighter styling.

The instrumentation console of the motorcycle has also been snapped for the first time and it reads ‘Race On‘. TVS has ditched the combination of analogue-digital layout and has gone for a fully digital setup and it probably ends up as the premium-most looker in this segment! 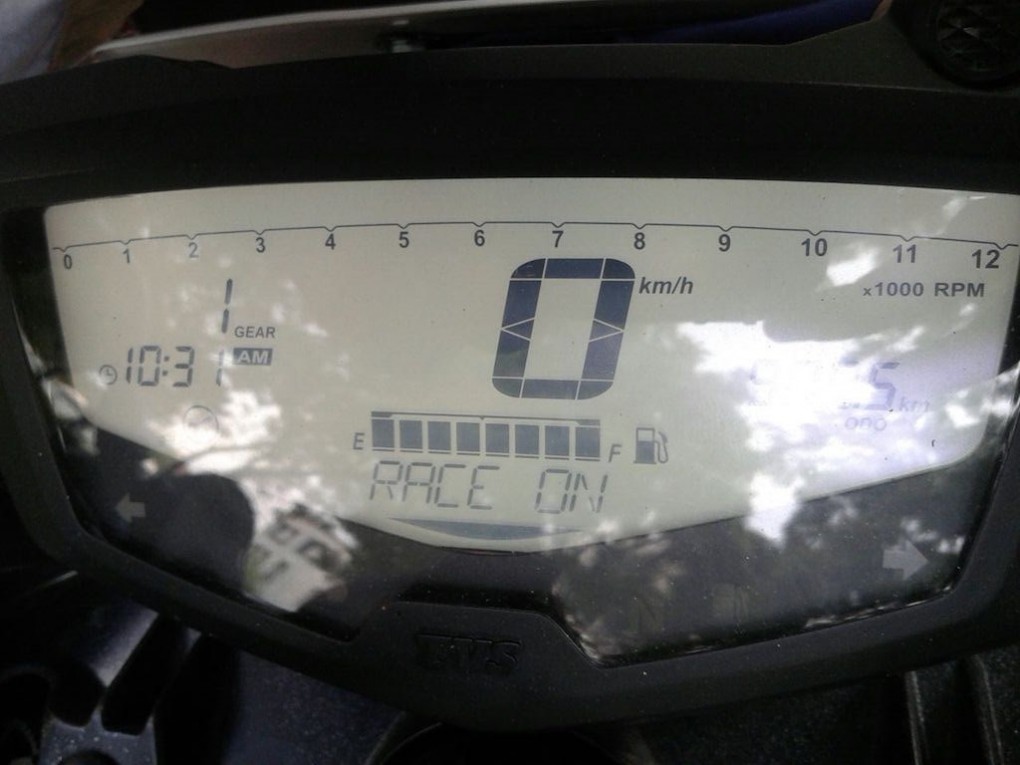 The console shows that the tachometer goes up to 12,000 rpm and let us hope there is no engine cut-off! The speedometer has been placed at the centre in bold fonts. Then there is a clock and odomoter, apart from the horizontal fuel gauge and the gear indicator. 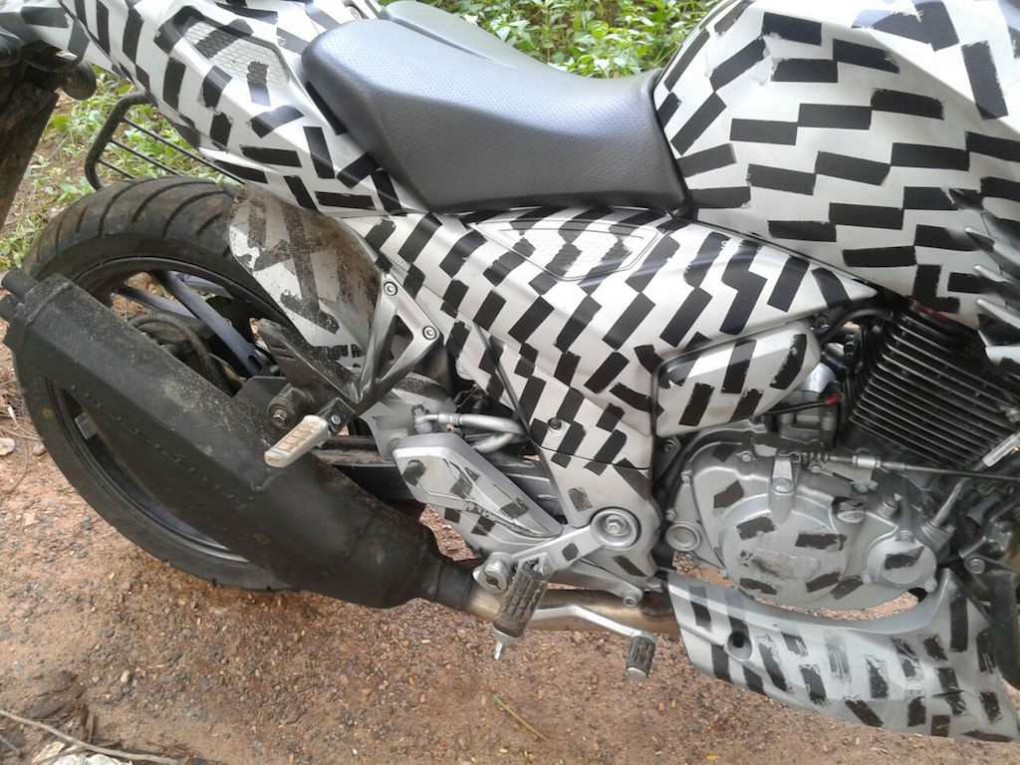 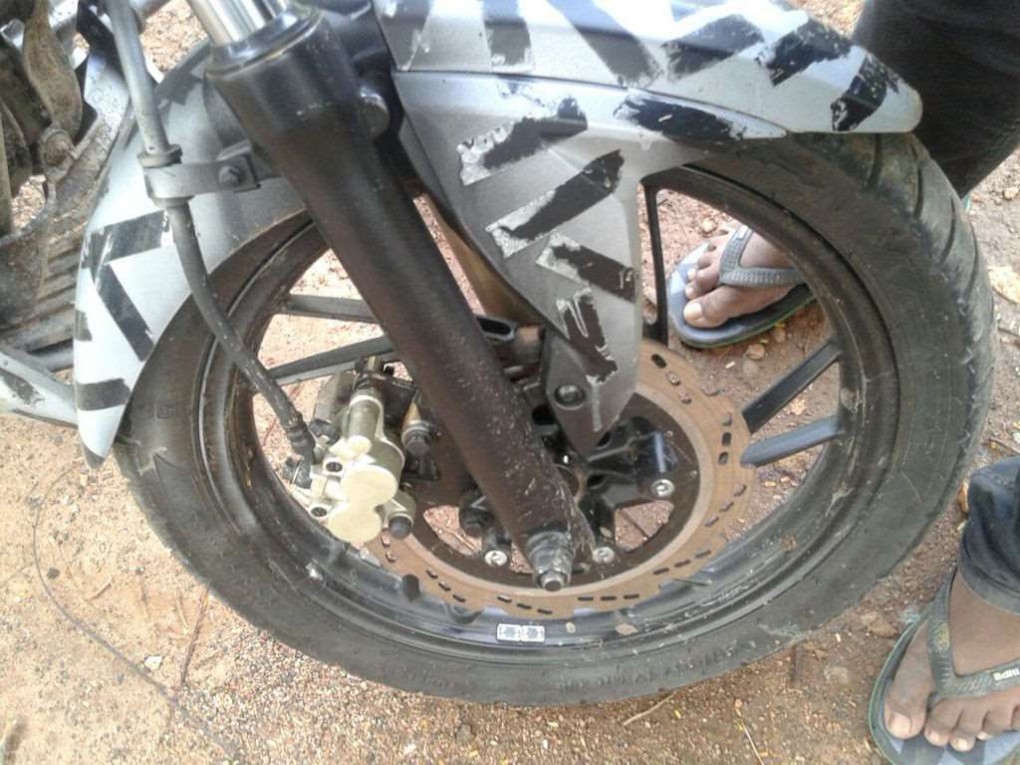 Also Read: Next Up From TVS-BMW are Twin Cylinder 500-600 cc Motorcycles – First Hints

We are not sure about the engine of the new Apache but there is a possibility that it may be a re-bored version of the existing 177.4 cc motor of the Apache. We expect power figures to be between 22 and 24 PS and its launch, or at least the official unveiling is definitely expected at the Auto Expo in February 2016. And if you are wondering, this is NOT the TVS‘ version of the BMW G310R. It will be a separate new bike!