Honda Ascot is one of the most “hunted” classical bikes. It is simple, cheap, economical, and incredibly reliable. While it’s not a powerhouse, it delivers rapid acceleration and worthy maximum speed. Ease of maintenance is another key factor for this machine. VT500E is a rewarding bike. 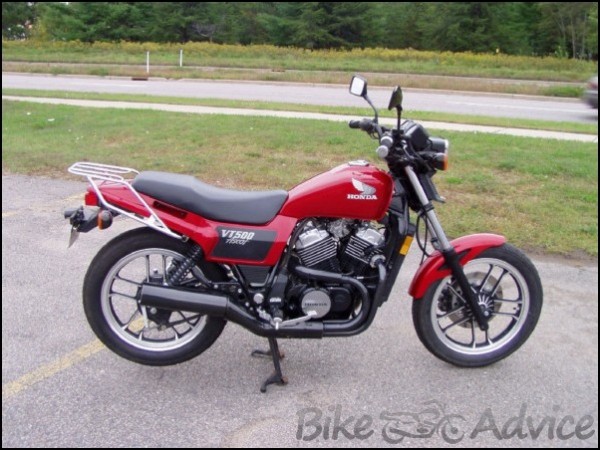 The Honda Ascot VT500E was a “Naked Bike” with liquid cooled 491.00 cc, 52° V-twin engine. Engine itself was quite punchy and delivered 50bhp (37.29kW) at 9000rpm. VT500E had three valves, 2 intake and 1 exhaust, and 2 plugs per cylinder. That was rather innovational at that time and three-valve, two-plug head gave impressive results. Also it had two 32mm Keihin CV carburetors, which were linked to a single throttle drum. Compression ratio of pistons was 10.5:1. Packed with such high-quality engine details Honda Ascot was able to accelerate from 0 to 100km/h in just 5.3-5.5 seconds. Top speed of 187.0 km/h was quite impressive feat too.

Also power output was very good already from 6000rpm, and the best power was between 7000 and 9500rpm. However, Honda Ascot could pull well even from low rpm, it didn’t disappoint. In addition 6-speed transmission was good and practical. 6th Gear was long and it allowed cruising at 100km/h @ 4600rpm, which resulted in low fuel consumption. And on top of that, this bike was very balanced, vibrations were very small and limited, and there was no sign of blurred mirrors.

But the most important aspect of this bike was crisp handling. Cornering of this machine was brilliant, it was stable in the straight lines and in all sort of corners. And it may seem strange, because wheels were pretty slim: Front tyre – 100/90-18 and rear tyre 120/80-18. Suspension also wasn’t anything extraordinary, but somehow altogether this produced amazing results. But bike itself was pretty lightweight – 177kg (dry), and this gave some additional agility. Bike felt at home anywhere – on country roads, in city traffic and on highways. Worse thing it could ever do was the slight hop of the rear wheel, if you were accelerating too much in the corner. 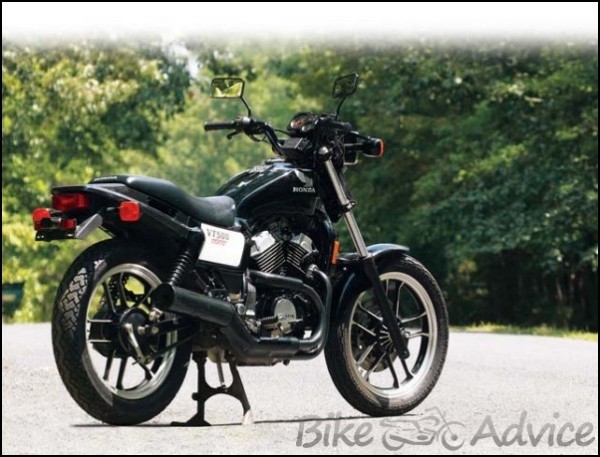 Comfort was pretty nice too. It was sporty bike with sloped and firm seat. Seating position was quite stable and comfy, but because suspension wasn’t adjustable and shocks weren’t exceptionally good at damping, there was some slight discomfort while riding over road bumps. But it was just a minor thing.

Of course there were some complaints too, nothing is perfect. Riding with a passenger was quite impossible, rear part of the seat was thin and short, also because of the muffler, passenger pegs were installed very high. It was not the most pleasant experience for the passenger. But purpose of this bike wasn’t passenger transportation either. 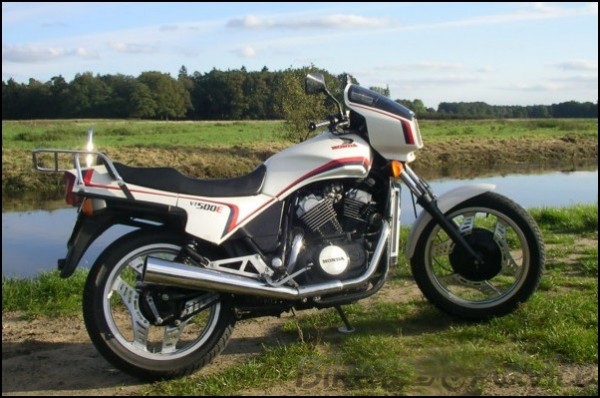 Despite these two problems, Honda Ascot VT500E was a dream to ride. It was a very fun bike and extremely exciting. It had quite attractive design and the sound of the engine was beautiful. All bikes should sound like this! And on top of that it was very reliable (especially engine) and had great fuel economy for a 500cc bike. You could easily get 50kmpl from it, which is a nice thing. Also it is still an inexpensive bike – for 1200-1500$ you can find one in excellent condition.