If you love video games, then I bet that you have played the Microsoft Motocross Madness computer game when you were in your teens. For me it was the first time I got introduced to the Motocross sport and I played it for several months. I always had a dream that someday I would get to see a real motocross racing in person. That dream which was seeded several years ago finally manifested on my trip to China. 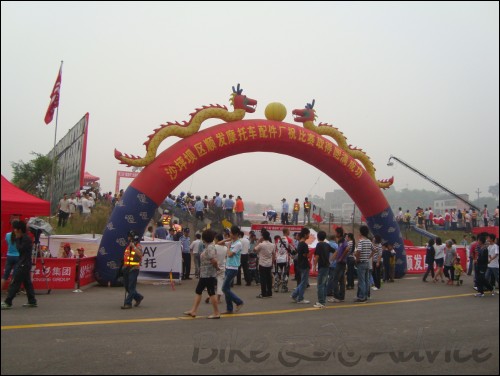 It was a long drive from the Chongqing Carlton Hotel, it took nearly 2 hours for us to arrive at the destination, but looking back, I feel it was worth the time. The whole arena was decorated with red colored Chinese dragons and the air was filled with dust and energy. We got our Chinese journalist ID cards and went inside. Within a few minutes the race had started. When it began all the motorcycles vroomed with excitement and we watched with bated breadth. 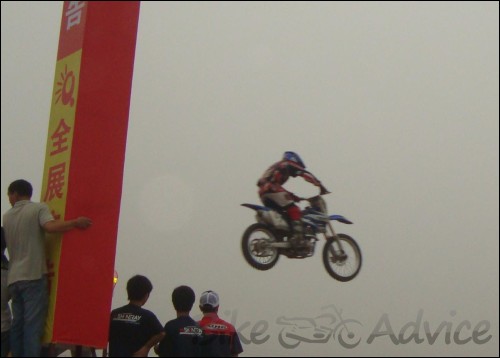 The motorcycles used in the race were not technically advanced. The engines were only air cooled and the speed of the race was one third of what you could witness in a American motocross championship. Imagine seeing a MotoGP in slow motion, it was something like that. 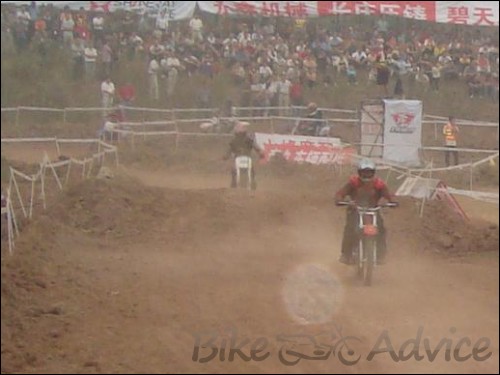 I was surprised that there were two female drivers and one of them was quite good and managed to come in the first 10. For some reason, the cheers went up when the lady driver neared the audience. It was an experience which I will never forget in my life. If you ever have visited a motorcycle race for real, share it in the comments below 🙂