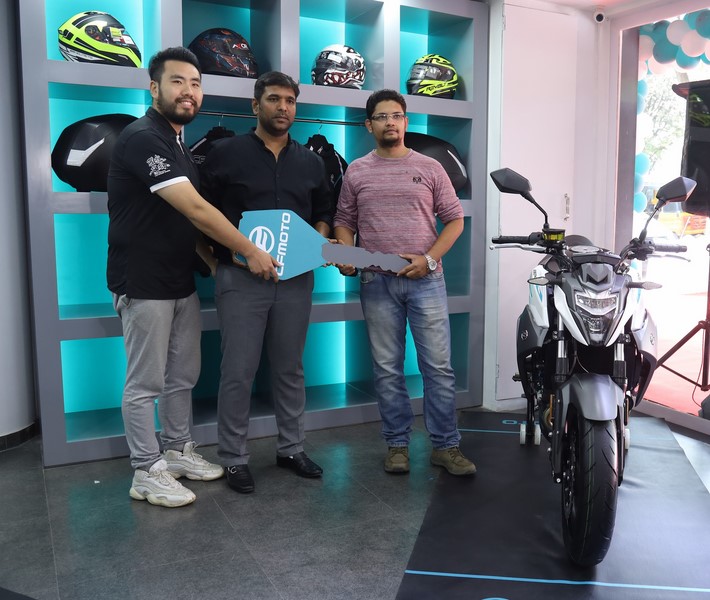 Chinese manufacturer CFMoto is the latest entrant in our Indian market. It launched as many as four motorcycles in July which ranged from 300cc to 650cc. It has also covered various motorcycling segments at one go. While its 650NK is a streetfighter design and is phenomenally priced, the 650MT takes care of the Adventure junkies and then it also has the 650GT for the sports tourers. In the entry range, it sells the 300NK which is the most affordable CFMoto in the country.

Bookings of these motorcycles opened in August. CFMoto says that it has received as many as 700 bookings within this short timeframe and deliveries were first scheduled to commence from October this year. However, there has been a minor delay and the first dealership was launched in Thane yesterday.

In a report at Money Control, Vamsi Jagini, CEO, Anvita AutoTech Works, was candid enough to accept that this minor delay has caused a few cancellations but he revealed that deliveries have now commenced from its Thane showroom. The report also reveals that instead of the 650NK (which has been priced at surprising 3.99 Lakh ex-showroom), it is the 650MT which has attracted maximum buyers.

The Adventure tourer 650MT has been priced at Rs 4.99 Lakh which is massive Rs 1.70 Lakh cheaper than Kawasaki Versys 650, providing a luring alternate against the versatile jap.

Apart from the Thane dealership, CFMoto informs that three more dealerships will be operational by December and it will add another three showrooms in January in cities of Bangalore, Hyderabad, Chennai, Cochin, Kolkata and Guwahati.