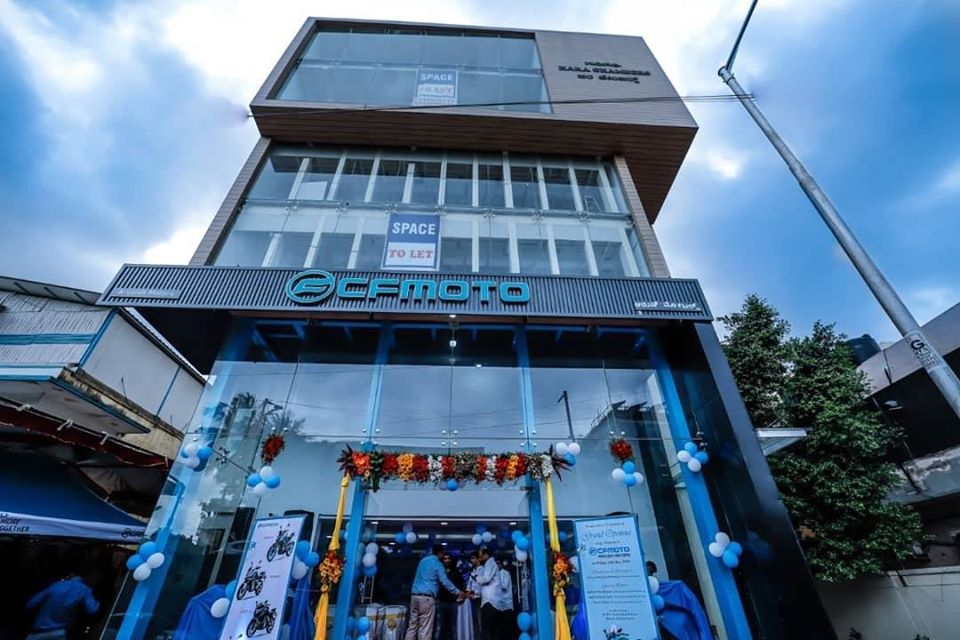 CFMoto Bangalore address and details in this story. It will be present in seven cities in the coming few weeks..

Chinese motorcycle manufacturer CFMoto has started its Indian innings on a positive note. First up, the prices of some products were really surprising. It is now being followed by dealership presence in major cities of India. The first showroom was recently launched in Mumbai and the latest to join the list is Bangalore.

CFMoto inaugurated its Bangalore showroom recently. It is located at Hara Chambers, KH Road, Richmond Road, Bangalore. Next up will be dealerships in Hyderabad, Chennai, Cochin, Kolkata and Guwahati. These will be officially opened very soon and will take CFMoto’s reach to seven important cities in India.

As you can see, CFMoto has decided not to venture in the northern part of the country for now, for some reason. The brand has decided to expand upto 50 dealers by 2021 and many of them will be opened in Tier 2 cities as well.

CFMoto has already informed that it has received 700 bookings so far and deliveries have also commenced. It says that the 650MT Adventure Tourer is in highest demand. This is surprising considering that the streetfighter 650NK is priced at a phenomenal price point of Rs 3.99 lakh ex-showroom. In comparison, the 650MT costs a lakh more (but it still undercuts the Kawasaki Versys 650 by Rs 1.70 Lakh).