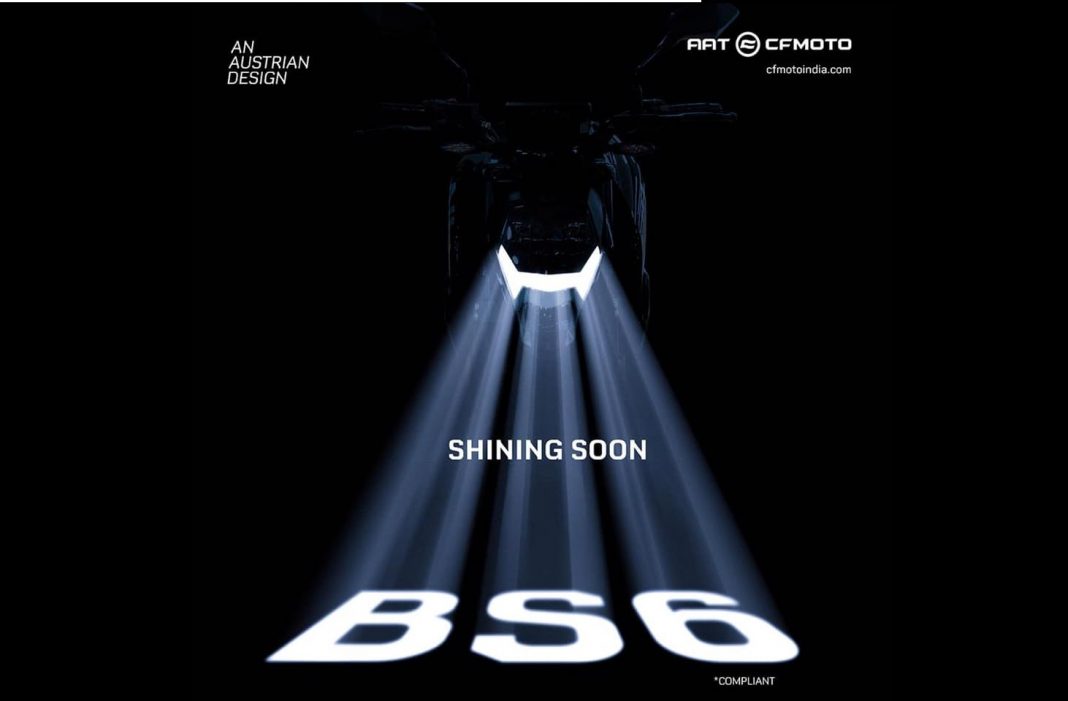 2021 CFMoto 300NK BS6 launch and price reveal is set for tomorrow. The company says, it is coming at a price ‘you will relish’…

Chinese automaker CFMoto has announced its return to the Indian motorcycling scene in this new Bharat Stage 6 era. It must be known that India enforced stricter BS6 norms from April 2020, post which many makers and models had to halt or discontinue older, non-compliant models.

CFMoto was scheduled to venture back around September 2020 but things probably got delayed. But now the company has confirmed that the 300NK will be the first model that will be reintroduced with BS6 compliance.

It, in fact, has teased the streetfighter on its social channels with the following caption…

The 300NK was originally launched in July 2019 at Rs 2.29 Lakh ex-showroom. The company has specifically talked about the price of the BS6 version and let us hope there is a surprise awaiting us.

We connected with the company and have been informed that the price reveal is tomorrow and the updated model is all set to reach dealerships (some may have already received it).

For reference, the BS4 300NK was equipped with a single cylinder, liquid cooled, 292.4cc DOHC engine that produced 34 PS of peak power at 7200 rpm and 20.5 Nm of max torque at 8800 rpm. It weighed 151 kg and was shod with features like USDs, LED headlamps and tail lamps, colored TFT instrumentation, etc.