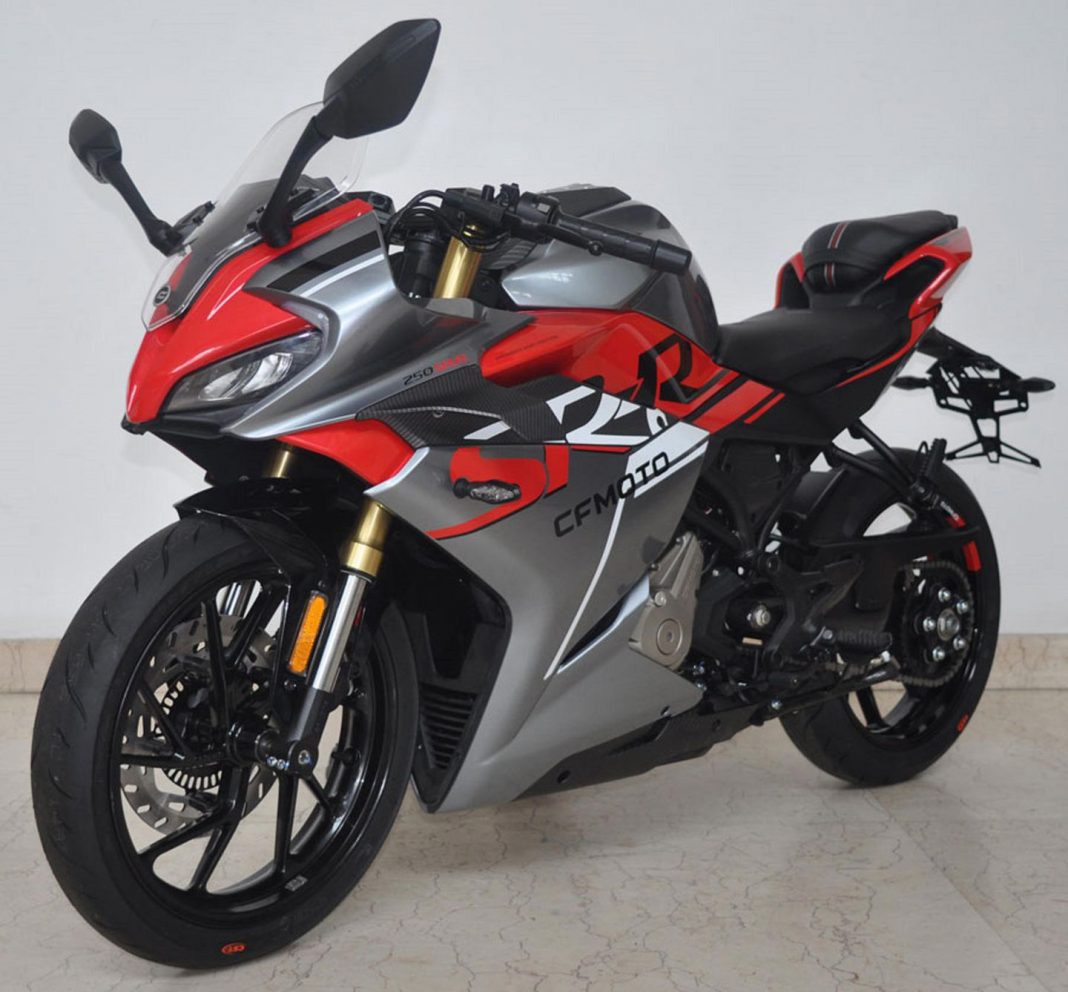 CFMoto 250SR-R is the company’s sportier version of the quarter liter model. It weighs significantly lesser and has another big visible change…

CFMoto is all set to launch a new quarter-liter sports bike with the moniker 250SR-R. The existence of this bike was revealed through a type-approval document in China.

Now, there is no difference when we look at the engine capacity and even the power output offered by the upcoming 250SR-R and the 250SR that was launched last year. Both the machines are engineered to deliver 29bhp of power.

The suffix R in the 250SR-R denotes better performance in terms of major weight reduction. The 250SR-R weighs 157 kilos as compared to 165 kg of the standard model – a significant drop of 8 kilos! That puts it under the 169 kg 250 Duke (and hence it should be lighter than the RC250 as well).

The CFMoto 250SR-R also gets gold-colored USD forks. There will likely be more internal changes – basically usage of better grade, lighter material which would have resulted in weight savings.

Like the standard versions, there are all the chances of an equivalent 300SR-R that may be revealed in the days to come. There is no word on the launch timelines but expect it to start going to dealerships around the the fall of 2021. Considering CFMoto’s intents, we may also get to see its quarter liter faired sports motorcycles in India in the months to come.