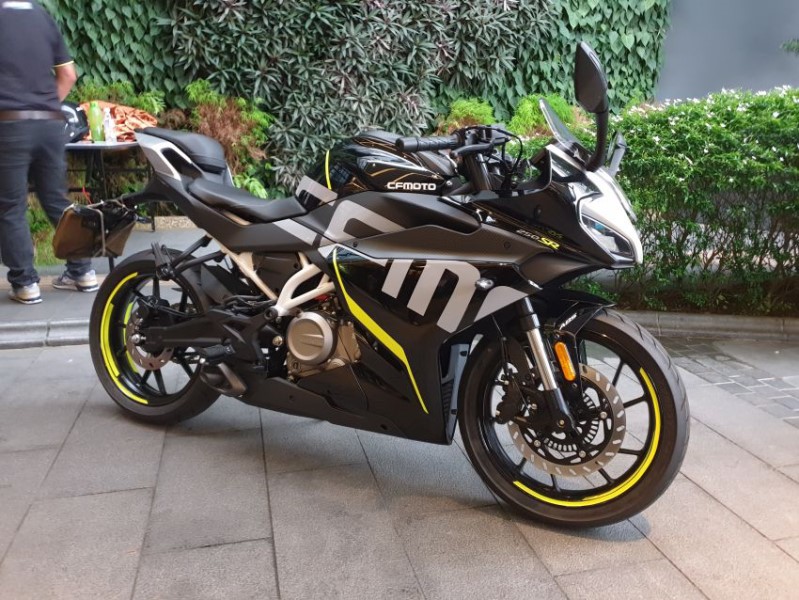 CFMoto 250SR launch in Malaysia – there is a special edition at a premium with only 30 units available for grabs, yes only 30!

Chinese manufacturer – CFMoto has taken its latest quarter liter motorcycle – the faired 250SR to the Malaysian shores. The mini-sports bike has been launched at RM 15,800 (ex-showroom price), which roughly translates to around 2.78 lakhs INR.

The company is targeting young buyers with the bike’s sporty looks. CFMoto has positioned this motorcycle as a cost-effective proposition for its target audience. The bike will be imported to Malaysia by KTNS Holdings as CKD units, as it does with other CFMoto vehicles in the country.

The quarter-liter bike is equipped with a fuel-injected, liquid-cooled, 249.2 cc DOHC engine, that produces a peak power of 28 PS at 9,750 rpm. It is complemented by 22 Nm torque produced at 7,500 rpm. The motor is mated to a six-speed gearbox. The quarter liter SR also comes with a balancer shaft to reduce vibrations.

In terms of features, the bike has a colored TFT-LCD screen that auto-adjusts to ambient lighting conditions. It also has smartphone connectivity on offer, along with two riding modes, including sports and eco mode.

The 250SR comes with 37 mm USD front forks while a mono-shock spring handles the suspension duties at the rear. Anchorage is provided by a 292 mm disc at the front and a 220 mm disc at the rear; twin channel ABS system comes as standard.