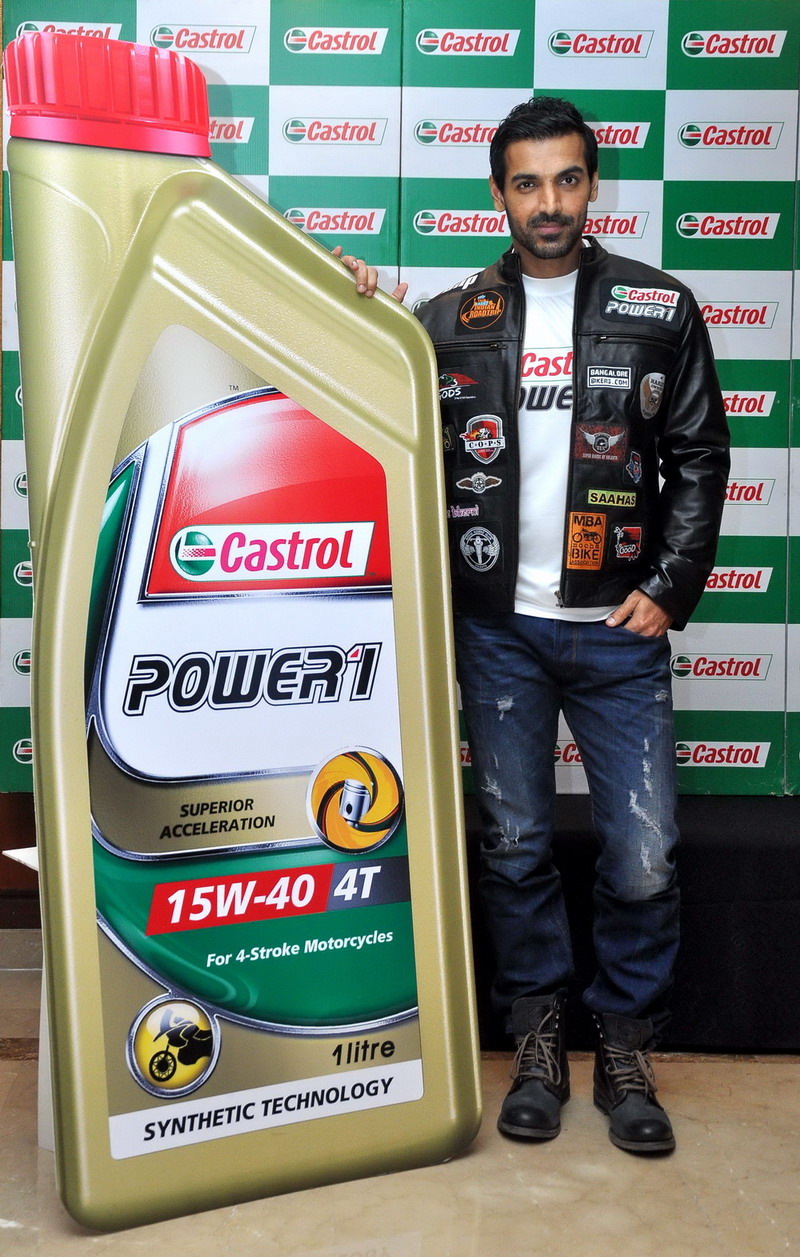 Castrol is one of the largest seller of engine oils and lubricants for motorcycles in India. In an official press release we have received, it is informed that Castrol has ‘relaunched’ the Power1 engine oil in the market. We really do not know when did it go off the market! 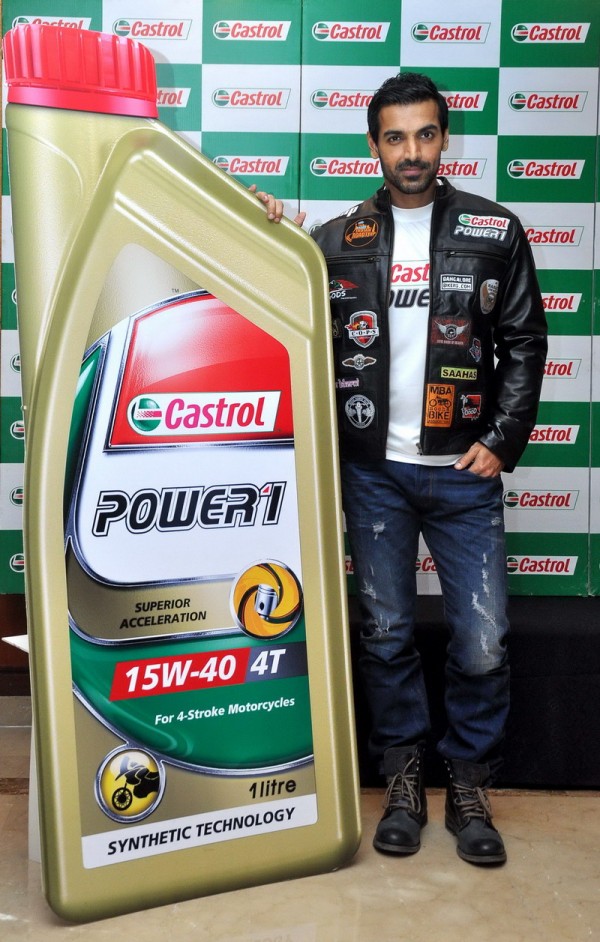 The new pack was unwrapped by Castrol’s Brand Ambassador, Bollywood actor John Abraham at an event in Mumbai.

Castrol Power1 is part synthetic engine oil for 4 stroke motorcycles. Castrol claims that it comes with a formula that makes the oil flow faster and minimizes drag, in turn providing higher power and smoother acceleration. It is available in the following grades:

If you are confused about what engine oils to use or these jargons, we have explained engine oil grading in absolutely easy terms. Click here to read the article.

The new Power1 pack comes in the following branding:

No details regarding the difference between these two is shared. It is available in pack sizes of 900ml as well as 1 liter.

At the event, John Abraham also launched the Biker of the Year campaign which is sponsored by online motorcycling portal xBHP and Castrol Power1. This campaign is intended to recognize and honor the most passionate bikers in India which will be chosen on the basis of public voting as well as a selection panel. The voting will continue till 15th September and the winners will be announced towards the end of September.

There are 10 different categories on which the respective bikers will be awarded. They are:

At the occasion, John also launched a book called as Bikers Code of Inda which is crowd-sourced from bikers across the nation and captures the quotes which reveal their biker emotions and passion.