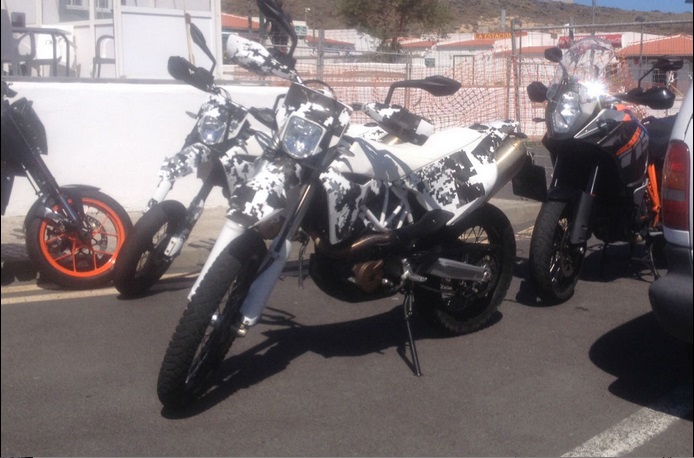 Let down camouflage! Here are the first spy pictures of the Husqvarna 701 Supermoto the production version of which was unveiled at the EICMA back in November last year. Essentially a redesigned KTM 690 Enduro R, the motorcycle houses the same engine and frame. These images from VisorDown look pretty much like the model showed in Milan and has stuck to the off-beat style. 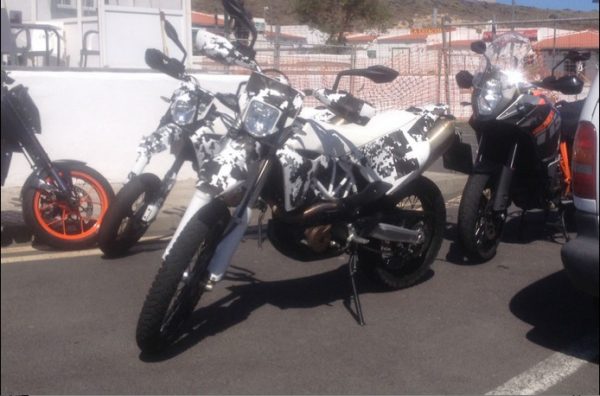 The similarities don’t end there (as Husqvarna is owned by KTM) and the bike sports the same suspension, wheels and ABS enabled brakes.

Unmistakably with the same trellis frame chassis and upside down WPs, the bikes get different looking seats, body paneling, head lamps and tail lamps to bring in a bit of individuality. The engine on the KTMs produces 66.6 PS of power at 7,500 rpm and 68 Nm of torque at 6,000 rpm and it is expected to be in the same ballpark for these Huskys as well. 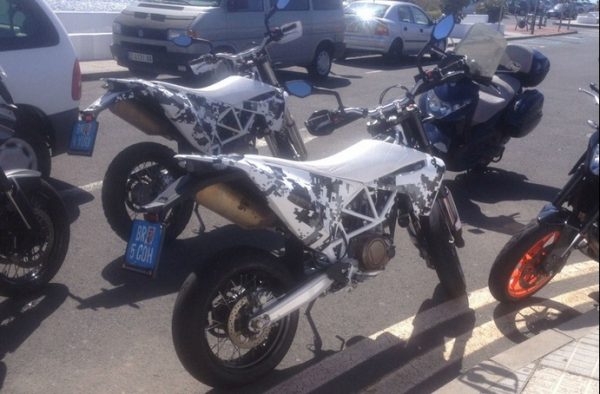 The Husqvarna 701 Supermoto also features three fuel maps related to terrain, standard, soft and advanced. You even get a ‘bad fuel map’ to be used when the quality of fuel is not up to the mark. 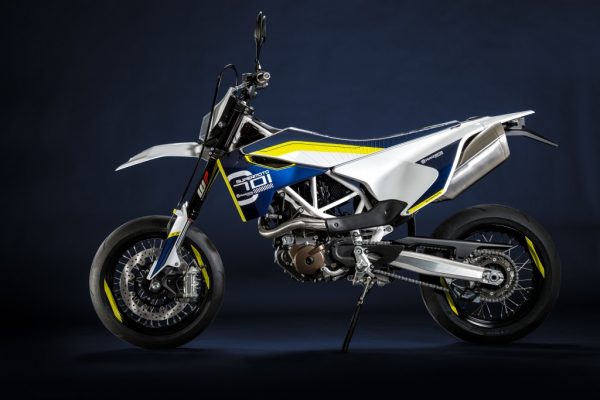 The bike weighs 145 kg dry and has a 14 Liter fuel tank both of which are better than its Orange sibling. Ground clearance is a massive 270 mm with an 890 mm high seat.