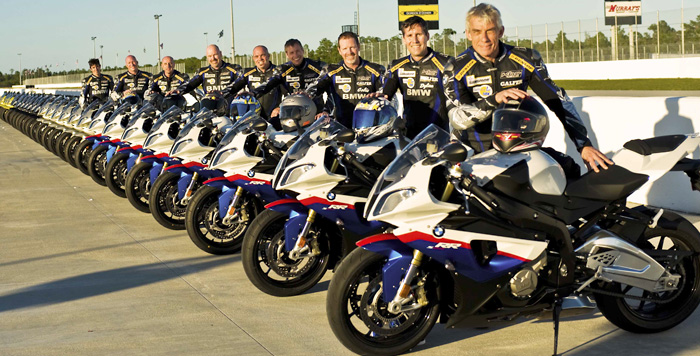 California Superbike School first arrived in India back in 2010 in India which also marked the school’s very first foray into South East Asia and we have one special man to thank for that, Mr. TT Varadarajan. He spearheaded the entire operation of bringing the California Superbike School to India and has been very proud of its success and growth story over the years.

Mr. Varadarajan  comments, “We brought the school to India to satisfy two main goals: One is to provide the right skill sets that are necessary to perform at the highest level of motorsport to talented youngsters who do not have access to world class training. The other is to improve the riding skills of every motorcycle rider to make him/her conscious of safe riding practices, which is the responsibility of any motorcycle rider on the road.” The California Superbike School is supported by TVS Motors and BMW Motorrad, wherein TVS supplies the participants with track-ready Apache RTR 180 bikes while BMW Motorrad provides the coaches and instructors with its litre-class displacement bike, the BMW S1000RR.