As you all might be aware that the Indian grand prix is round the corner and the celebrations have already begun as there is this huge level of excitement in the youth of the country. Indian grand prix is one of the most awaited events as the excitement level amongst the fans is concerned.  As the event is due in a short while from now, the preparations have already begun in a full swing. 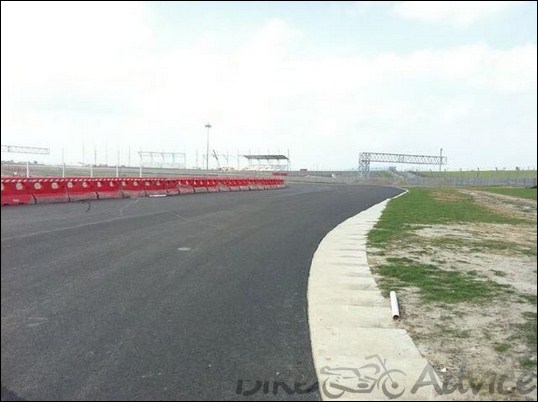 The Grand Prix is coming soon and most of us would want to know what the track looks like. The JP Group was too strict in the past to let anyone picture the circuit until to the surprise of many they released few latest images of Buddh international circuit. The JP group has released latest set of pictures of Buddh International circuit to let the world know about the progress that is taking place on the circuit.

The images were released by JP Sports a couple of days back and  everyone including the fans are happy to see those new flicks. As far as the latest sets of flicks are concerned, it seems as if the circuit has not been completed yet but it is definitely coming to an end.  Also pictures reveal that the amenities and structures are in place expect that they need few final touches to make them attractive and flawless. The JP group did some marvelous work on the circuit and it doesn’t seem difficult for the company to complete the assignment well before the GP begins.

All in all, seeing the progress of the track one can say that JP group did do a wonderful job and will be able to complete the rest of the track on time. The Indian GP is not very far and all of the F1 fans are pretty much exited about this event. We hope that everything goes well and that nothing is missed out as far as the preparations and celebrations are concerned.  Also the inaugural event is going to be fantastic as many popular bands and artist like Metallica are going to perform at the Indian GP. All in all, we hope that this season turns out to be fantastic for India and rest of the world.