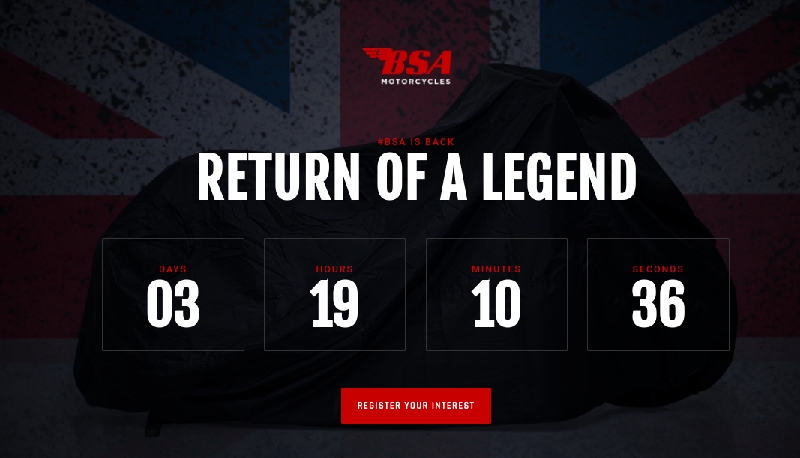 BSA launch date has been officially announced by Classic Legends. The re-entry of the iconic maker will be with one or more 650cc motorcycles…

As you may already know, Classic Legends also owns the BSA brand, apart from the already-in-the-market Jawa and upcoming Yezdi. But the most important bit to note is that the Brit-origin brand BSA will be most premium of them all.

After the official social channels were launched recently, the global debut date has also been revealed by the brand. According to the ticker at the official site, BSA will be re-introduced to the public on 4th December 2021. That makes it about 3 hours 19 minutes away from today – at the time of writing this story.

Not a lot is known about BSA’s re-introduction, specially about its products. We only have a mysterious spotting of a cruiser in Pune that is purported to be the first BSA of the modern world.

It has been revealed that BSAs will be bigger and the first models will be based on a new platform that will be propelled by a 650cc large single cylinder engine. It could produce around 50 bhp of power and equivalent Nm of torque which would put it bang around the Royal Enfield’s 650 twin.

What is known is that BSA will predominantly target the international, more upmarket countries. And that it may not even be on sale in India is also a big possibility.