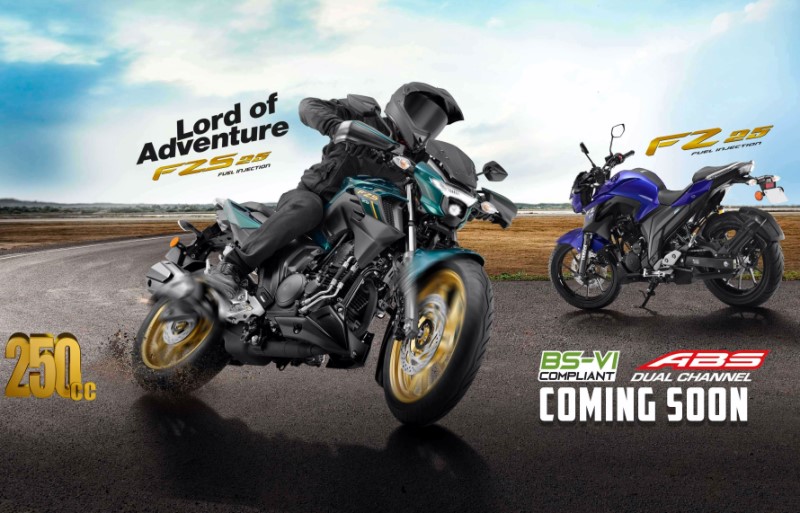 BS6 Yamaha FZ25 launch very soon according to the company’s latest update on its official website. Are both coming together..?

Few weeks back, Yamaha announced the launch of its Bharat Stage 6 motorcycle lineup. It carried the name of the FZ25 as well along with a new entrant – the FZS 25. While the standard model was confirmed for launch in April 2020, the FZS 25 was announced to come ‘later’.

In a latest update, Yamaha has teased both the 250cc FZs at its website with a big banner (featured pic of the article). The focus is on the premium FZS 25 which is being promoted as an Adventure motorcycle. The std FZ25 gets new color theme and an aggressive looking LED headlamp. In addition to these changes, the FZS comes with a larger windshield and knuckle protectors.

Like the 150 FZ series, there are differences in their coloring scheme as well. While the FZ25 will now come with simpler singletone colors, the FZS25 is funkier and gets dual-tone colors along with contrast shaded alloy wheels on the green and blue variants.

Additionally, both these models get side stand with engine cut-off and multi-function negative LCD instrumentation apart from dual channel ABS as standard.