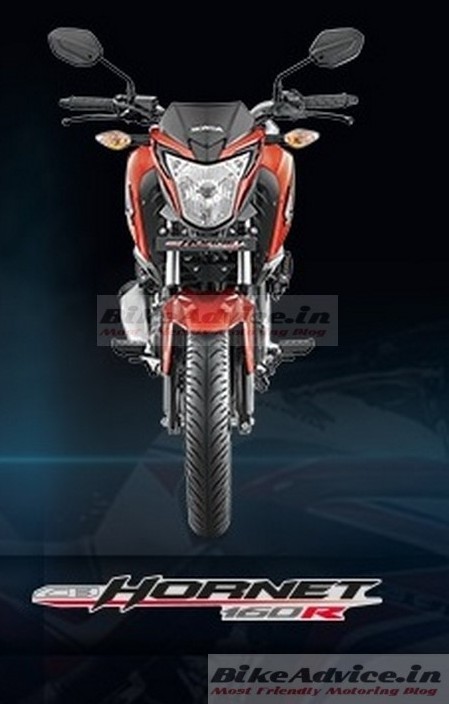 Honda is calling tomorrow’s RevFest as the ‘grandest motorcycle extravaganza‘ in India! They officially confirmed that they will launch multiple motorcycles apart from the CBR650F but did not reveal their names. In what seems to be a technical glitch at the RevFest website, it leaked the details of the motorcycles that will be launched tomorrow, momentarily. Apart from everything else, tomorrow’s event will also see the introduction of a new model which goes by the name of CB Hornet 160R.

After trying various fancy names like Dazzler and Trigger, the company now appears to be targeting a brand name which is proven and is more acknowledged. The brand Hornet, internationally, has seen products in the ranges of 250 cc, 600 cc and 900 cc. This is the first time the name is going to be added to such a small capacity engine.

The official technical specs are not known at this moment but going by what we understand, this should be the same 162.71 cc engine, which produces 14.5 bhp of peak power and 14.61 Nm of maximum torque on the Unicorn 160. Going by the addition of the suffix ‘R’, we also expect a few tweaks to the engine to keep this as a sportier offering than the Uni 160 and finally, the Hornet 160 appears to be a replacement of Trigger, which has also bombed in the market!

The CB Hornet 160R sports traditional handlebars (no clip ons) gets a grey exhaust with black tip. The bikini-fairing is as basic as it is on other Honda’s and there is small visor. The muscular tank shroud gets pseudo air ducts to enhance sportiness!

Do you think this strategy will work for Honda?