With the adaptive headlight system being a very inviting feature in some of the high end cars that are available in India in recent times, will someone think of the same technology in Motorbikes too? The answer is yes; BMW had come up with an Adaptive Headlight system in their new K 1600 series touring machines as early as 2011 taking it even a step higher than it was before. Although the technology is old in terms of its age, a preview of the complexity involved wouldn’t hurt the petrol heads. Let’s dive… 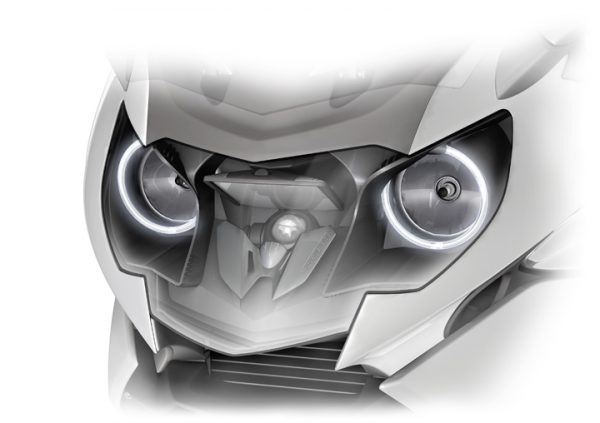 The Adaptive Headlight System in the K 1600 has a mix of both conventional lighting technology as well as high end intelligent lighting system fused together. The Main beam of the bike is looked after by the conventional way, with a pair of halogen bulbs. The Dipped beam is where the high end electronics play a vital role. The Dipped beam consists of a Xenon projector unit which points upwards at an approximate angle of 45 degrees. With the help of a moving mirror system that is located above, this aims and focuses the light onto the road. The reflector that moves is controlled by a series of stepper motors which are capable of focusing the radiated light in different directions. Further these stepper motors are operated by a headlight management computer which takes a lot of feedback from the bike to adjust the levels on the road.

The Major hurdle all the riders irrespective of tourer’s or sports commuters face is to keep the headlight at the same level regardless of how the bike is loaded For example, if the bike is loaded with a beefy pillion the tendency of the rear shock absorber to dampen will in turn affect the headlight throw pattern which will be pointed onto the eyes of the oncoming vehicles directly. BMW has overcome this by attaching two mechanical sensors in the front and rear suspensions which measure the average amount of suspension travel which is the actual compression at each end. The information fed by these Mechanical sensors will be used by the headlight computer that keeps the headlight reflector at optimum angle to keep the light at the right level enough for a good spread on the road which ensures the oncoming drivers are not blinded with the light hitting directly on their eyes. 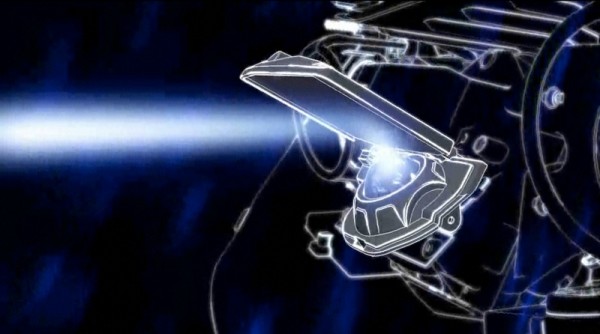 This is not the end of the technology here; BMW has gone a step further by fixing a solid state, on-board gyroscope which feeds the headlight computer with bikes lean angle data, which in turn instructs the stepper motors to turn the reflector in the other direction. By this tilting of the reflector, the headlight beam is focused in the other direction just enough to compensate for the bikes lean angle which is capable of carrying out up to 25 degrees in each direction. The headlight computer is also fed with the speed of the bike travel along with the lean angle data. With these two pieces of information the computer can workout how tight or relaxed the corner is. For example -20 degrees lean angle at 80 Mph means a much broader curve than a 20 degrees lean at 20 Mph. Computing this data the computer then turns the headlight into the left or right, to light up as much of the road ahead as possible. The same can be done by up to 15 degrees from the straight ahead, and it happens at the same time as the beam is being kept level. 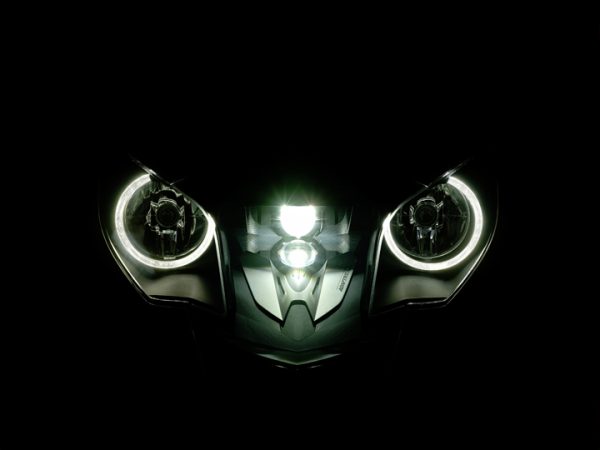 An overall neat touch is the headlight Computers ability to switch to right hand drive roads from the dash at the comfort of a soft touch button with just a down side that the adaptive lean ability will no longer work, which when works will give the oncoming riders their worst nightmare.