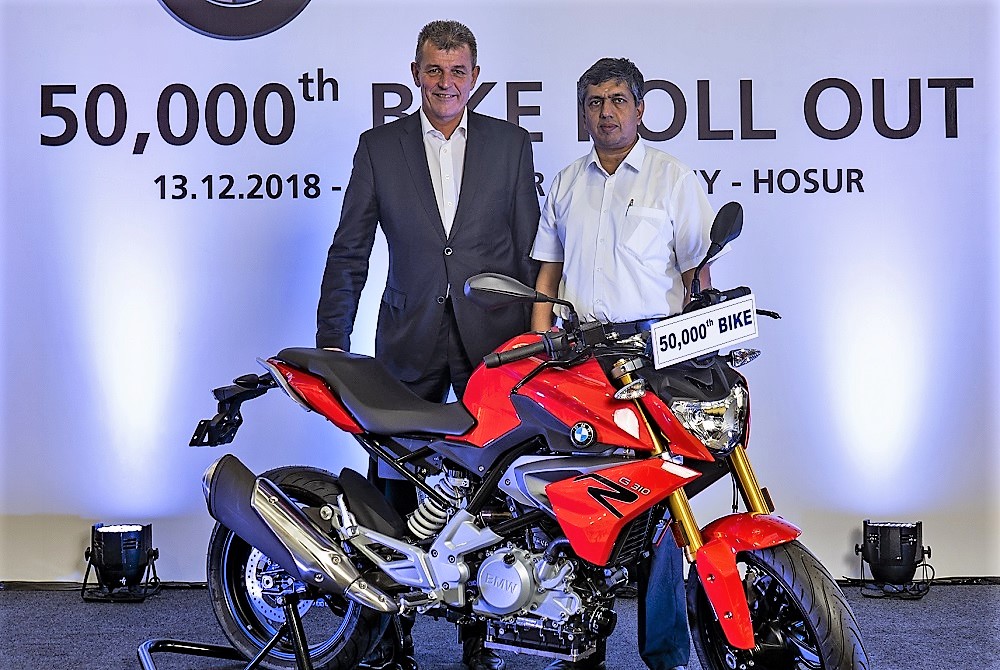 Let’s talk about BMW G310 production numbers in this story…

In a press release, TVS has informed that they have rolled out the 50,000th G310 motorcycle for its partner BMW in the presence of Dr Markus Schramm, Head of BMW Motorrad along with KN Radhakrishnan, Director and CEO of TVS Motor.

Here are some quick details for your to know…

Export of both G310 R and G310 GS commenced from India exactly two-years back in December 2016. Currently, BMW is exporting these ‘made in India’ and ‘made by TVS’ motorcycles to over 90 countries of the world.

This means that they have dispatched/produced about 2000 motorcycles every month on an average which is a fairly impressive number.

BMW’s boss also had this to say…

In our domestic market, BMW has started selling its 310s very recently and at significantly higher prices than the competition. So, it appears that this strategic decision has made a lot of business-sense for both BMW and TVS, however, local production will not be of any gain to us – discerning bikers!

By the way, BMW has also showed the fourth product on the 310 platform – and it’s an Apache-equivalent full-faired sports version as you can see in the pic posted over this para. You can check out more pics and details here. Currently, it is in its concept stage, and it will be interesting what production form will it adorn…