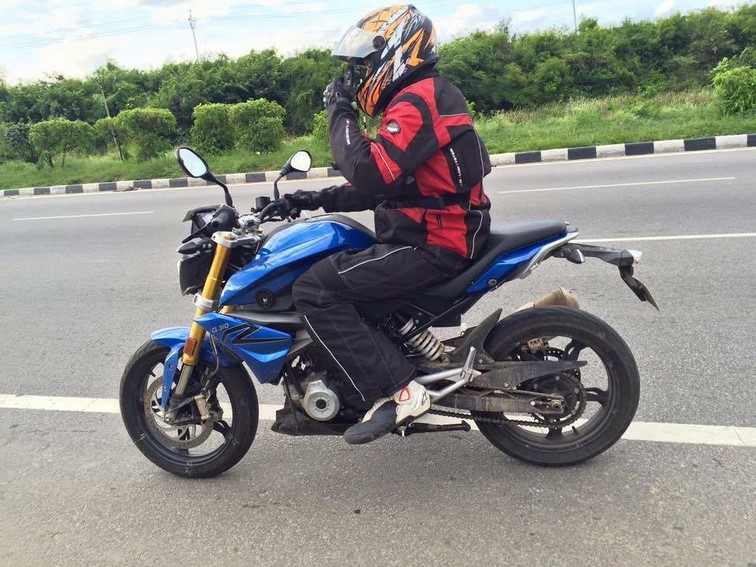 The G310R has been the talk of the town ever since it was first showcased in November last year. Its appearance at the Auto Expo made things even more colorful for the enthusiasts. After all this would be the most affordable BMW badged piece of machinery one can own! With its manufacturing set to take place at TVS’ facility in India, it is not surprising that bike is seen regularly on Indian roads, undergoing various tests.

The latest pictures have been clicked at the Bangalore-Chennai highway. The folks who sent us these images claim that the bike spotted is the international version while Indian editions will get minor changes. The bikes sport the same Michelin rubbers as seen in the Auto Expo and we hope the Indian edition also gets the same or similar rubber as standard.

BMW offers ABS as standard in all its motorcycles and the G310R will grace it too. While it is easy to miss the ABS ring in the image due to the angle at which it has been clicked however as we saw at the Expo, the G310R gets a small black coloured ring which is pretty easy to be missed out in spy pics. 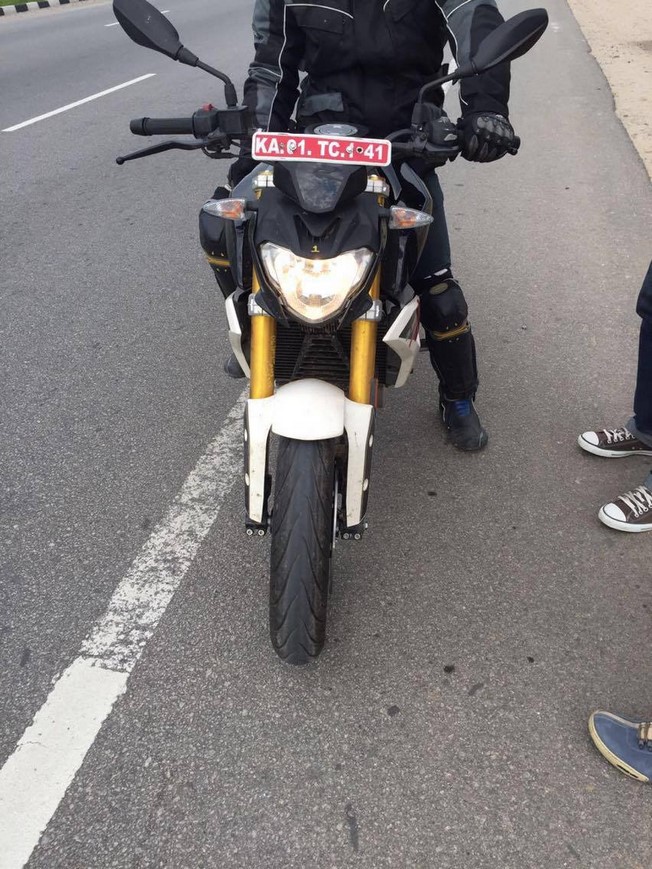 The test rider claims that the bike returns a fuel efficiency of around 25 to 28 kmpl which sounds pretty decent for an engine of this capacity. Unlike the official factory figure of 145 kmph top speed, the rider says it can pull to 170 kmph. More on that when we get the bike for review. The global edition needs 95 octane petrol and we believe that one of the alterations made to the bike will be to make it compliant with the 91 octane fuel found in India. 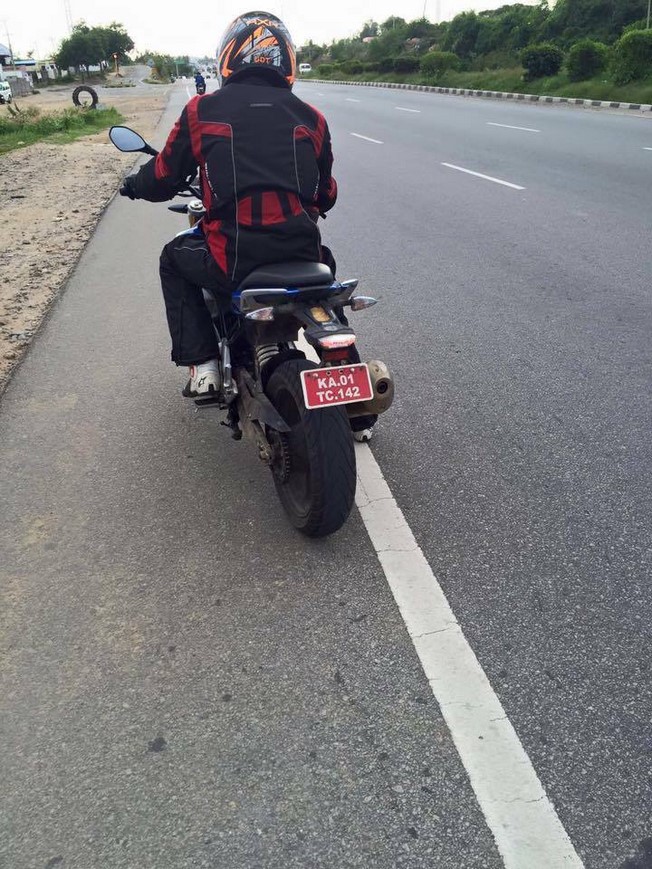 A launch time frame though is still sometime away with a possibility of it hitting the streets around the festive season. Expect a slightly premium pricing thanks to the BMW badging. 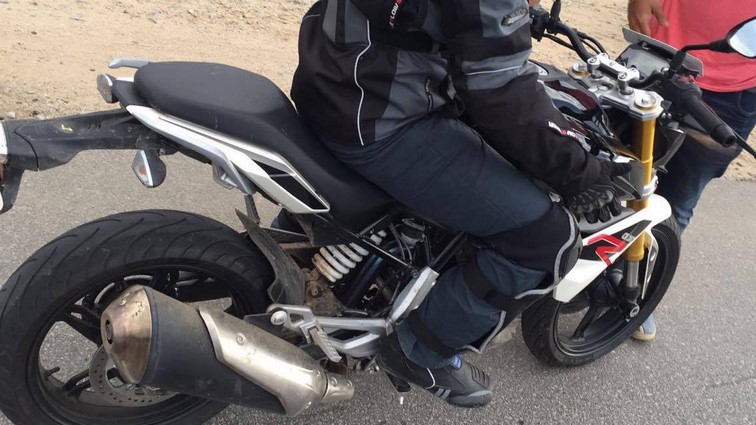 So what say guys? Do you think this little pocket rocket can take on the Duke 390?