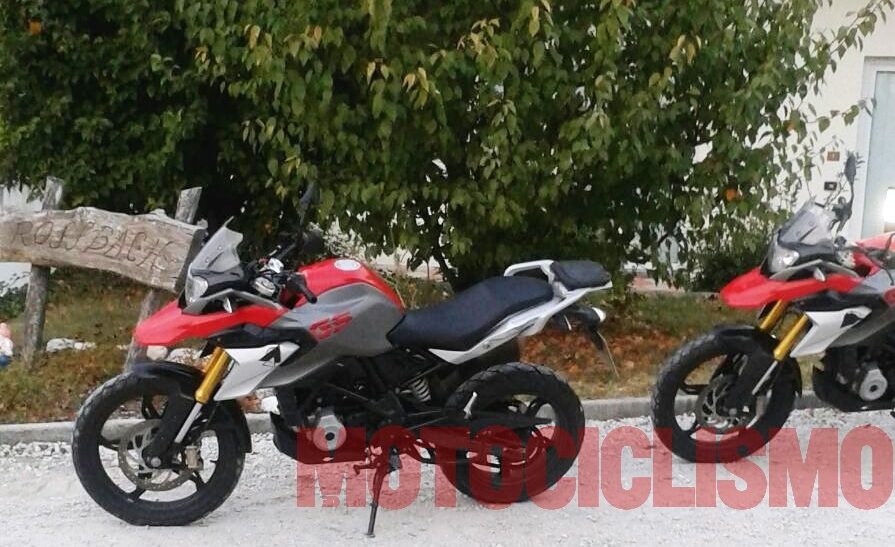 And it is here! Probably the most awaited adventure variant of the TVS-BMW brainchild, the G310R has been finally spotted for the first time. Expected to be unveiled either at Intermot (in October) or a month later at EICMA it may be called as G 310GS going by the nomenclature they generally follow. This will be the third motorcycle on the 300 platform jointly built by the Indo-German collaboration and in all probability it will be marketed under the BMW brand only.

These images shared by Motociclismo show that the G310R Adventure borrows a lot of parts with the naked street fighter and resemble the bigger GS series of adventure motorcycles. Powering the smallest GS will surely be the same single cylinder 313 cc mill which churns out 34 bhp of maximum power and 28 Nm of peak torque on the G310R. BMW engineers will definitely tweak the motor for a stronger entry-mid range for the adventure variant. 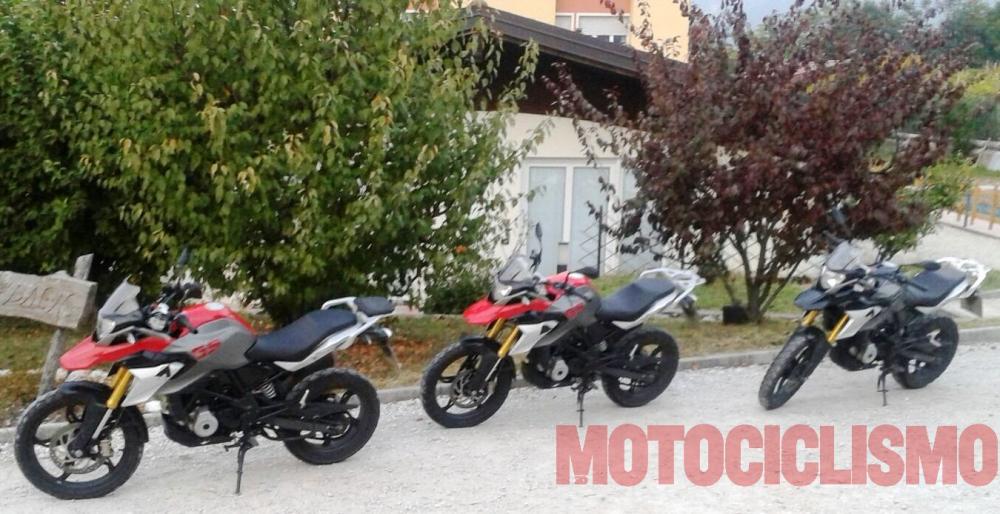 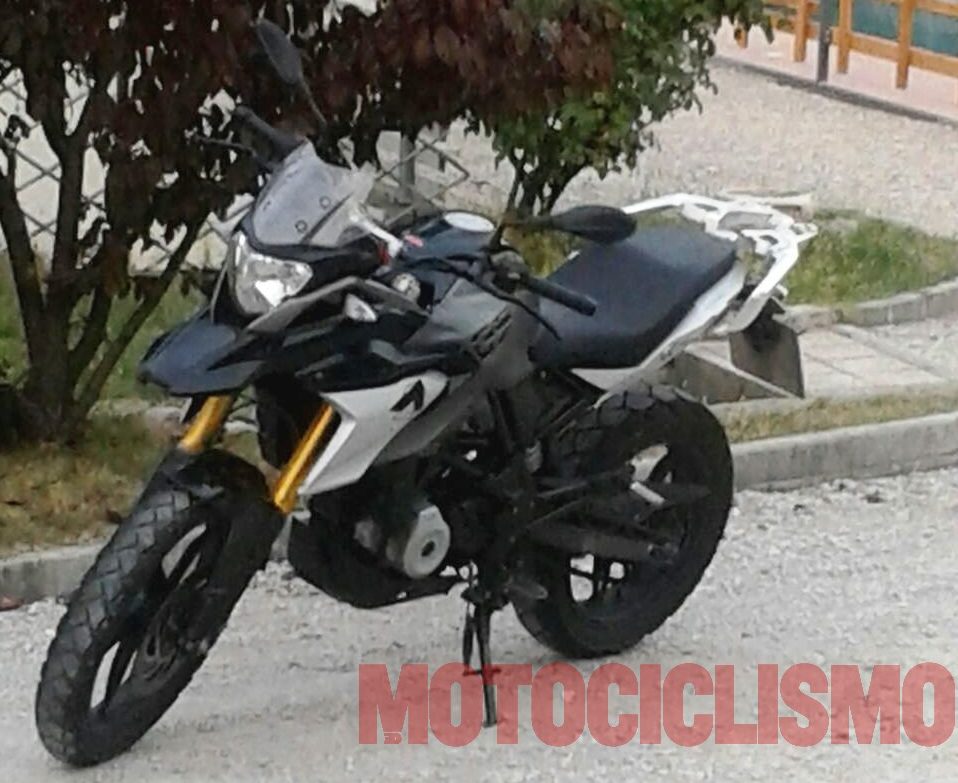 Being an Adventure, it would not be wrong to expect a spoke-wheeled version as well for hard-core off-roaders. Caught in the Italian province of Trento, these images reveal three production ready models possibly out for final tests in two colour themes – both of which we like!

While the G 310R about to get delivered to customers in Europe soon, and an Indian launch definitely in the coming few months, this small adventure BMW can be expected to start sale early next year. So, its Two BMW (naked and adventure) and One TVS (sports) – what next? We are excited… You?