Greetings! Indian two wheeler market is highly competitive. Thus all the manufacturers aim higher either in terms of revenue or in terms of production and BMW is no exception. As a matter of fact this German based automaker is aiming to sell 50 superbikes in India by the end of this year i.e. 2011. 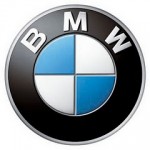 In what may come as a surprise to lot of people, BMW is also interested in venturing in to 100cc segment .The company may also venture in bikes below 100cc in coming future. The German auto maker marked its debut in the Indian two wheeler segment back in January 2011 with the introduction of number of new models.

BMW certainly have set a heavy target because selling 50 superbikes is an achievement in itself. News has it that the company is going great guns as they have managed to sell as much as 23 superbikes till now and they are planning to make it 50 by December 2011. In the Indian market BMW sells bikes from two outlets, one in Delhi and the other is located in Mumbai. The company imports its bikes in the Indian market through two dealers including Deutsche Motoren and Navnit Motors.

Mr. Sharad Kachalia, MD of Navnit motors was of the opinion that the all the company’s models are in good demand but S1000R and R1200GS are witnessing great demand. BMW has got great super models all above 1000cc in the price range of 18-25 lakhs. Overall the picture looks good as BMW is really positive about the market and thus they are aiming higher.