Though you’ve seen me writing only about bikes here, I’ve a greater craze on cars as well. That’s the only reason why I pursued an Engineering degree. Soon after I completed my schooling, I had only one aim in mind and that was to become a MBA grad. I know that was very early to decide, but still I heard bells ringing inside my mind which made me realize that I didn’t wanna become an Engineer. 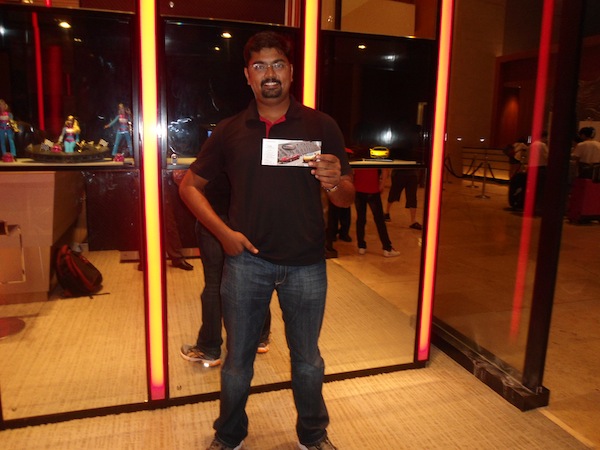 But still, I’m an Engineer now. The reason is just not at all complicated. I managed to secure enough marks to get admitted into B.Tech in Automobile Technology which is in fact my passion and since then my interest toward Automobiles grew in the northward direction and never seemed to have a dip.

Right now, I’m in Singapore (actually in classroom!) as I’m writing this post. You know what is it all about? It was about the moment where my dream took life. Yes, I drove a Ferrari car yesterday – A Ferrari F430 F1 Spider partly along the streets of Singapore and partially along the F1 street circuit. 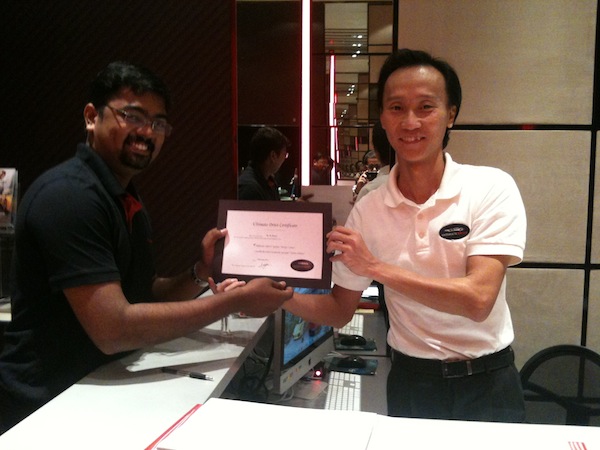 Let me share the driving experience with you guys. Once the first step of registration got over, I saw the Red Pouncing Horse waiting outside for my arrival. She appeared really humble and elegant then as she was waiting outside. With Bright red in colour which Ferraris are known for, low stance design and the bottom of the body almost touching the road she made the air around me filled with sheer excitement. In another couple of minutes, I’ll take the total control of this road jet.

The instructor who is to accompany me boarded the car. He had a few instructions to tell me and a document for me to sign before we push off. All processes done and the time finally came. I inserted the key and there was a button in the sporty steering which has to be pressed to ignite the engine. As people say, there were butterflies inside me flying as I pressed this button.  The 4.3 litres V8 engine took a deep breath and came alive the very next second.

Now, I am in an open top car where I can feel the sight breeze just about my head and the AC effect of the car in my face. It was just amazing. I was offered an option of choosing between Automatic Transmission and Paddle Shift mode before we start. I’m someone who feels that the car should always be in my control and hence hated Automatic Transmission. So, I obviously chose the Paddle Shift mode. Now, all set we are ready to cruise.

The car is now in First gear and my foot is in the gas pedal. This is when I heard this gorgeous girl’s sound. OMG, unbelievable! It is more than enough to drive me crazy for the rest of my life. We started our drive in Ferrari with all the eyes of people around only on us.

In less than 10 minutes we crossed all the signals and we were along the F1 Circuit. The Formaula 1 Race in Singapore is on a street Circuit which is open for public the rest of the year except when the race takes place. Mu instructor told me that we are now in the Circuit. I was in fact able to guess that we have entered this area seeing the wide roads and the glowlights.

This is where I decided to push the Spyder. I also knew that the next traffic signal will be stopping me in the next few minutes. So, I pushed the gas pedal hard and the Instructor had trust on me and so he didn’t stop me from doing it. The sound Ferrari came up with at this point of time was STUNNING. Vroom she went. Oh I have finally managed to push the car. Sorry, the Ferrari. This is the moment when I realized that she can easily cross 0-100kmph in 4.1 seconds as mentioned in her spec sheet. Yes, I also checked the full specification of the car I drove before getting into it!

Time has finally come for me to end the drive. Here I find the last patch of road and my instructor tells me that this is the last chance for me to push her. And now I decided to hear the sound once again. All set and done, here I go doing it once more.

A final Left turn and now I’ll have to park her in her exclusive space and get down. I just wanted to press the gas pedal once before getting down and so did I too.

My entire drive was covered in two cameras one which covered me and the other which covered the outside of the car. Here I also share a few videos which were covered.

The experience was indeed worth treasuring for a lifetime. The best part is that I managed to pay the money required to take this 15 minutes drive from my salary earned without getting a single buck from my Dad, which makes me even more proud as I say “Guess What? I drove a Ferrari!”.

I received a Thumb Drive with the entire video in it and a certificate which confirms that I’ve driven the Ferrari F430 F1 Spider. There is also an option of choosing between the 2 demons – Ferrari F430 F1 Spider and Lamborghini Gallardo Spyder. But, the Gallardo was currently unavailable which just proves the fact that I’ve to come back to Singapore in a shortwhile again!