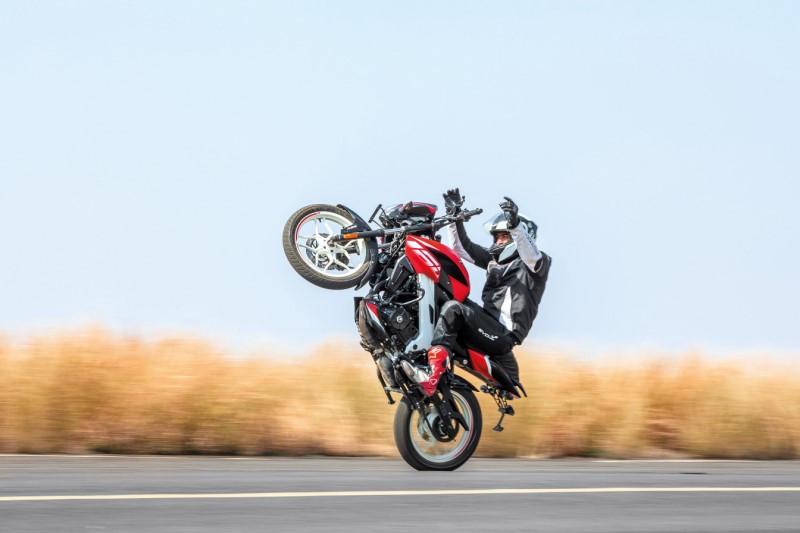 Bajaj Pulsar NS160 discontinuation is inevitable… Yet, Bajaj is keeping the bike for a while to offer it its last hurrah…

So, in the past few days & months, Bajaj have rolled out a new generation of Pulsars –  encompassing the 250 cc segment with their F250 & N250 offerings, and recently the Pulsar N160 covering the popular premium 150 cc segment.

Just like how the introduction of the new Pulsar F250 & N250 models marked the end of the production and days of the ever-popular Pulsar 220, many readers/consumers must be wondering – What does the launch of the new Pulsar N160 mean to the existence of the bold Pulsar NS160??

The N160 is placed exactly in the same spectrum and even costs the same. But, while introducing the new Pulsar N160 during the recent media ride in Pune, Bajaj shared that they will not be discontinuing the existing Pulsar NS160 model. It will be sold alongside the Pulsar N160 – ‘For Now’. The reason given by the company is that it (the NS160) has a good demand in various pockets in India and it does not want to kill it all of a sudden.

It is good to hear that the bold & funky NS160, which has been much appreciated by the youth (sometimes irresponsibly), will still be offered to those who prefer the outgoing colour scheme and aesthetics of the bike. But, the use of ‘For Now’ casts an ominous shadow on the future of this Pulsar.

In their previous interactions, Bajaj have always highlighted the fact that they are nearly 3 years late in introducing the new-gen Pulsars to the Indian market. The introduction of the new Pulsar 250 twins marks the coming of the Pulsar brand into a new era, and now the introduction of the N160 carries the legacy forward.

So, it is now just inevitable that the bike that symbolises the old-gen Pulsars – Pulsar NS160 – will be put out of its misery and be filed into the pages of the history of Bajaj Auto as well as the Indian biking culture/domain. But how and when will be defined by the demand it garners.

The 2022 Pulsar N160 has been designed on the blueprint of the N250 naked sibling. It is being offered in two variants – Dual-Channel ABS & Single-Channel ABS.

The Dual-Channel ABS model is the first bike in the 150 cc segment that comes with this enhanced safety feature. It is offered in a special Brooklyn Black colour scheme, while the single-channel ABS version comes in Caribbean Blue, Racing Red & Techno Grey colour schemes.

We have done a comprehensive coverage on all the 3 new-gen Pulsars on the BikeAdvice Youtube channel – do check it out.

Posted below is our Review of the new Pulsar N160 –