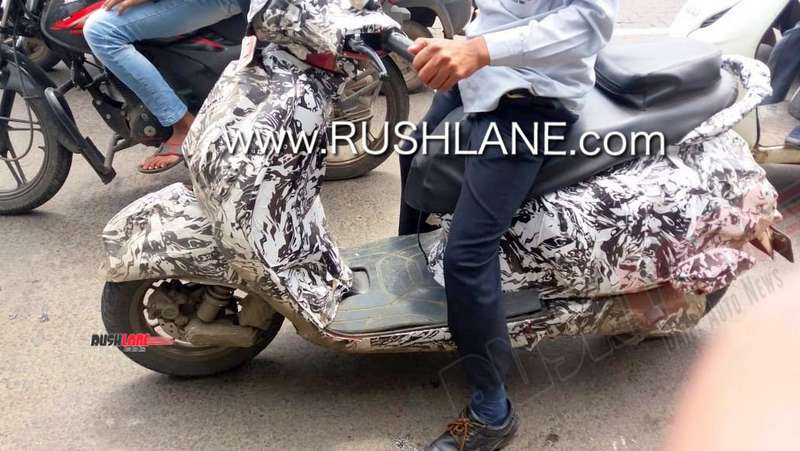 Urbanite launch will be Bajaj’s first step towards electrification of two-wheelers; a movement our govt wants to pursue quite quickly. New spy pics updated.

If you are unaware, Bajaj has scheduled an all new electric two-wheeler brand which will be called as Urbanite. They have created a separate business unit for it and the first product emanating out of this venture will be a scooter going by the spy pics that have surfaced so far.

This Urbanite scooter has again been caught testing in Pune, credit Rushlane and Thrustzone. The scoot continues testing and reveals its sides and rear. It is a retro modern styled product that it is developing. It has a sleeker tail with rounded non-edgy front, similar to Vespas. It is expected to be an all-electric product and the mule running without any exhaust canister, kind of, confirms it.

Considering Bajaj has often said that it wants Urbanite to be a premium brand, we believe this yet-to-be-named scoot will carry a fairly powerful motor along with richer features.

There is also a possibility of Bajaj calling it ‘Chetak’ so that people can relate to it. This will give it a good headstart. In February this year, Bajaj said that Urbanite is expected to be introduced in 6-9 months which means we should be closer to the official unveil now.

Currently, Ather is doing well in this segment and it will be interesting what price point will Bajaj consider with its first Urbanite.