Bajaj Auto plans to position the new 150cc Boxer as a ‘Bharat Bike’ which will reach out to buyers beyond big cities and towns. Scheduled to debut in the second quarter of this fiscal, the Boxer will sport a price tag of Rs 40,000 and be part of the lower end of the commuter segment. It will also mark a homecoming of sorts for this motorcycle which was part of the Indian landscape, though in a different avatar, some years ago. 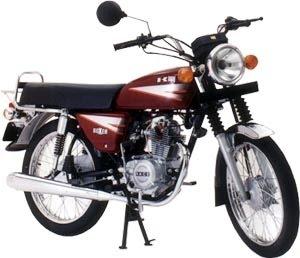 Today, Bajaj Auto ships out nearly 50,000 Boxers each month from its China assembly plant to Africa, which is rapidly emerging an important export market.

The company believes that the bike has an equally relevant role to play back home where it will be fitted with a more powerful engine.

“The Pulsar and Discover are India bikes for the urban, upmarket customer. However, there are a whole lot of other people in smaller centres who need effective transport solutions in the two-wheeler space. The Boxer has been designed to meet this requirement,” Mr Rajiv Bajaj, Managing Director, told Business Line.

Keeping in mind Indians are bigger built and that four people on a bike is par for the course across towns and villages, the company aims to offer an ‘SUV on two-wheels’

Mr Bajaj reiterated that the Boxer was not a price play as the company was ‘wedded to double digit EBITDA’. “From our point of view, it is all about a strategy of categories. Simply put, we would like to create our own categories instead of churning out ‘me too’ products,” he said.

Thus, the Pulsar was the trend-setter in sporty bikes where the ‘Definitely Male’ slogan struck a chord with customers. The Discover was part of the larger commuter segment but still had a key differentiator in the form of the 150cc option. The same principle will apply to the Boxer even though it is positioned towards the bottom of the pyramid.

In the process, the 150cc Boxer will obviously not give the same mileage as its 100cc rivals but Bajaj Auto believes that there are enough and more people in the market who are willing to sacrifice a little (mileage) for that added power.

“This is what worked with the 150cc Discover which hardly took any time in notching up monthly numbers of 40,000 units,” Mr Bajaj said.

The Boxer will be part of the lower-end commuter segment that does around 3.5 lakh units each month. Hero Honda’s Splendor is the clear leader here with sales of over two lakh bikes.

Bajaj first threw down the gauntlet with the Discover and will now use the Boxer at the lower price end to take on the Hero Honda Splendor. It now remains to be seen how the tug-of-war will pan out.