Bajaj, one of the toughest and best two wheeler companies that enjoys much greater market shares with some good bikes that it has in its kitty. Bajaj’s Pulsar is one of the favorite bikes of the lot produced by the company. Over the years, the popularity of Bajaj as a preferred brand has grown leaps and bounce, thanks to the wonderful and muscular beast Pulsar. After the launch of Pulsar their sales almost doubled and this is now encouraging Bajaj to leap a step further. It is planning to raise its own bar by trying to manufacturing high end bikes. Don’t be surprised if you see any sort of an improvement in Pulsar. 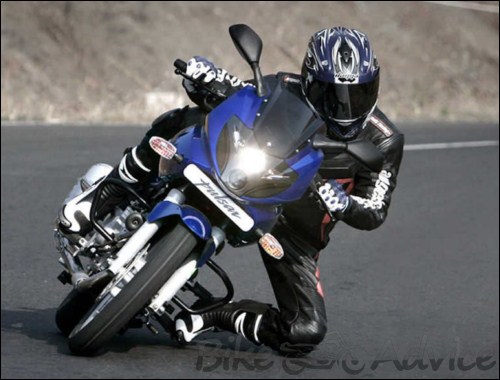 As of now, Pulsar from Bajaj comes in four varied models ranging from 135cc to 220cc. Pulsar 220 is already amongst popular bikes and is highly successful in India. Bajaj may add another fifth model to the kitty ‘Pulsar 250cc’ but it is yet to be confirmed. The Bajaj group is all set to take the motorcycle competition higher and Pulsar 250 is its fight for the giants like Kawasaki and other global giants. The new Pulsar should be as powerful as the Kawasaki Ninja and will be almost half the price than that of Ninja.

Do not be shocked if you see a pulsar beyond your expectations, in a year or two. Bajaj wishes to produce bikes of greater efficiency, power, muscular looks without making it too costly; a source revealed. As of now, we can only wait for the new pulsar 250 to hit the Indian roads and the Indian market.