A word of caution: This review is long. Don’t read this if – Your girlfriend is about to call, your mother is going to ask you to study, your boss knows you are free, you haven’t spent quality time with your wife or you if don’t LOVE bikes. 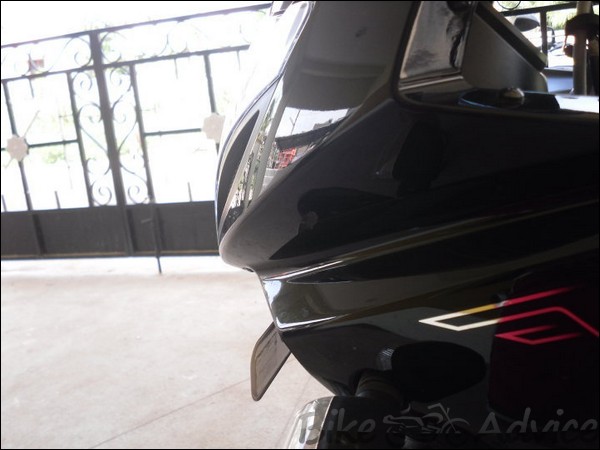 I am writing this after almost 2 years of owning a bike, which has been:

I am talking about my much loved Pulsar 220 DTSi.

I had wanted the Pulsar 220 DTS-FI since the day it was launched, and I must give credit to Bajaj for introducing me to the often misunderstood world of Motorcycling. Since I was a kid, I had only heard about people dying on motorbikes and I am not ashamed to admit that I would literally pee in my pants every time I saw someone zip past me on a bike.

And then one day, in a fit of madness and rebellion, I went ahead and bought myself a second hand Kinetic Honda, and after a few months, another second hand Pulsar 180 cause my father would not buy me a Pulsar 220. ”What will you do with such a fast bike? “, was his question, and I did not have an answer, apart from a mischievous smile which I now feel, only scared him further at that point of time.

So the Pulsar 220 DTS-I was launched and it had been a while and I had full confidence that I could now really tame the beast. Cribbed, cribbed and cribbed some more and my father finally agreed to pay for it. What also helped my cause was that the price that the 220 DTSI was launched at, was considerably lower than that of the 220 DTS-FI.

Got it after a month of making the final payment in Chennai. And boy, was I floored at the first look ! Naked, shining black, beautiful, she looked and seemed to wink at me and say, “Dude, come on !”.

I still remember the first day I had taken her to college; she was every guy’s envy. Everyone wanted a ride, but no one got one till a month or so later (though I am sure a lot of people in college still think of me as a snob for saying no).

The engine was as smooth as baby skin and the power was more than I could handle. This bike was everything I ever wanted (apart from a big villa on an island).

I am not going to bore you with the technical specifications. Infact, this review for me is a journey, I have promised to take my readers on, not about the bike’s tyres, the chain set, blah blah. We have Google for that purpose. If you are reading this with even little concentration, you will by the end of the last line, know everything. I promise.

College had kept me busy and my hands, legs, eyes, in fact every part of my body was aching to take her out for a long ride but I had no idea what ride I was going to embark upon. One thing lead to another and one dark night, while talking to my girlfriend, I told her that I am going to ride down to Mumbai on my bike.

Wait! Did I just say that? Anant Singhal, are you outta your mind? 1400+ Kms, no touring experience, no riding gear, no idea of the route. And you promised her? But I had to do it. I had promised her. What sorta man goes back on his word?

This is what I told myself and decided that this was it! This was going to be the ride that defined me, that was a symbol of me maturing as a man and a rider. And the preparations began. Googled the route, the hotels, bought riding gear and mentally prepared myself. Trusted my bike so much that did not even care about carrying any repair kit. And yes, I was ready to go on an adventure. 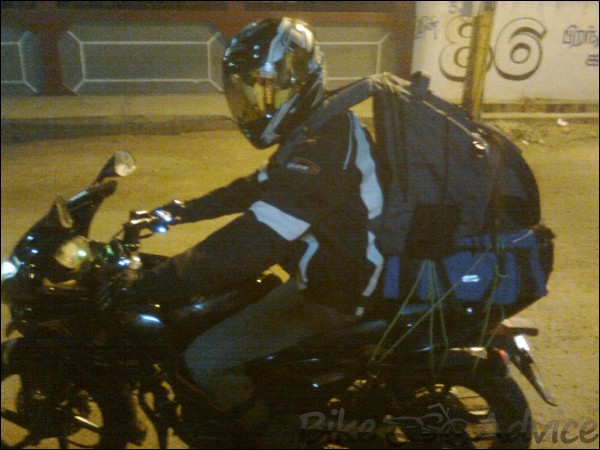 I reached Mumbai in less than two days. The journey was nothing short of magic. Did a constant 120-130 Kmph. She never made me feel that I was over doing her. My butt was aching like mad but the speed kept me going on and wanting more. Also realized that she can take in more than 18 ltrs of fuel at a time.

And was very happy with the 34 Km/Ltr mileage I got even at such high speeds. Never did I feel that the bike would heat up or malfunction, and all my brakes were planned for me to rest …. as the bike did not seem like it needed any. The bike is slightly on the heavier side and the aero dynamic components don’t make you feel that you are going to be blown off by the wind on the vast open highways.

The handling left nothing to complain. But after I had reached my destination, I could not even think of sitting on the bike again, for the entire day. They should have really made a softer seat. But it was worth it after the ride back to Chennai. I was the class hero for many weeks to come. And I re did the trip again last year as I am now settled in Mumbai. And even my girlfriend keeps trying to give competition to my bike. 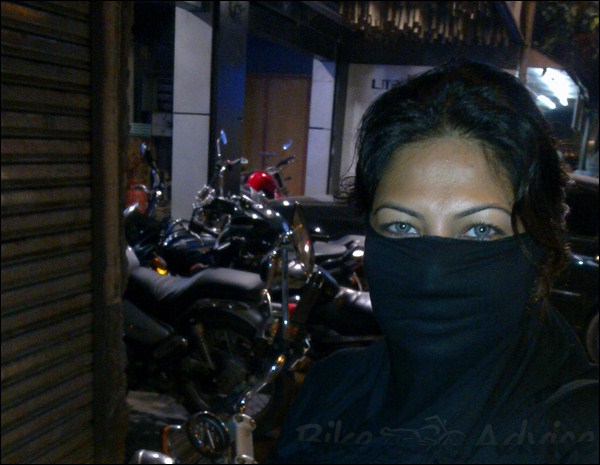 The Chennai Race Track. Went their with my friends from XBhp for a track day and what fun! The track is almost never ending with some really serious cornering possibilities. If you have ever been to a race track or ridden on it, you would understand the feelings that surge through your body on it’s very sight. 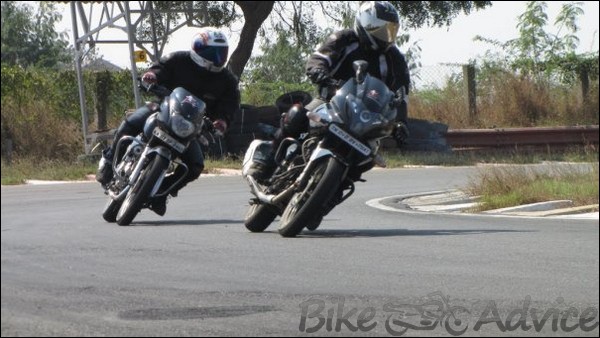 The adrenaline rush, that makes your head spin, only makes you want to sit on your bike and challenge the speedometer. But I kept my balls to myself that day. I went slow, knowing that the main stand can pose a problem if the bike is bent too much, and not trusting my capabilities on the track.

Another guy on a 220 had a serious fall due to his side stand brushing against the road. Thank God I had been cowardly that day. But the experience was thrilling. The straights when you can touch 140, the corners that invite you to lean. I had fulfilled another dream. 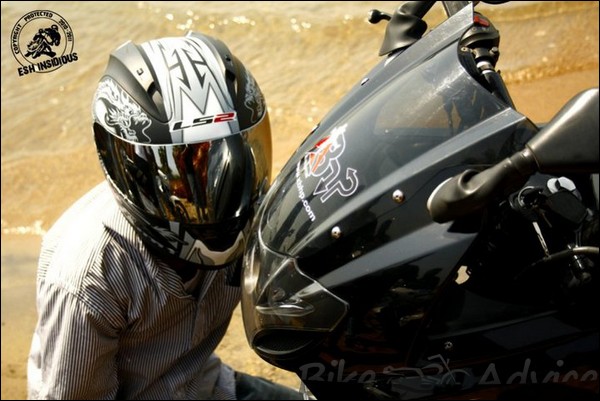 The smaller rides. After this I went on numerous short rides, in and around Chennai/Mumbai. The bike was being serviced on time and was in prim and proper condition. I was still in college and had lots of time to dedicate to my first love. Some trips I went for were:

It has been ridden in the day and the night, summers and winters, dry and cold and never ever has it given up on me. And that is one of the many reasons I feel this is one of the best bikes on Indian roads today. 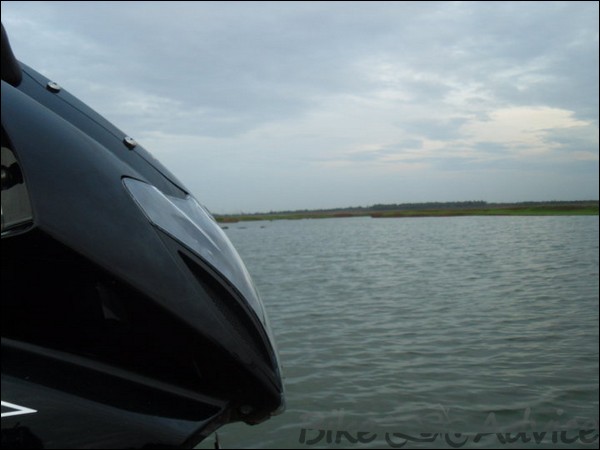 The City Commute. I have a lot of people asking me if this bike is good for city commute. Some points I educate them about: 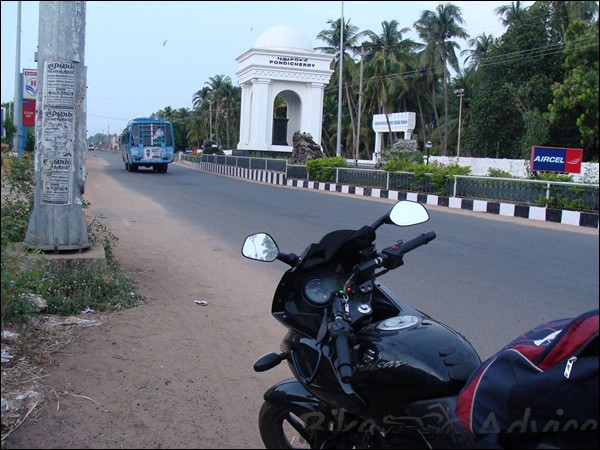 The Pauper Stage. It has been about 4-5 months since I have got the bike serviced. The odometer reads 26,500 Kms. Changed the engine oil once though.

26K+ kms and no change of parts apart from the air filter. Very impressive! I have done solo rides with all these issues ignoring the safety measures but then I can never even imagine that she would let me down. That’s what best friends don’t do, they don’t let you down.

I rode Chennai-Mumbai again in June last year and it was double the fun. This bike is tailored for long rides. Go ahead. If you want a bike and love to tour, buy it and you will never regret. Ride Far and Ride Safe! A very BIG thank you for all those who made it till here.