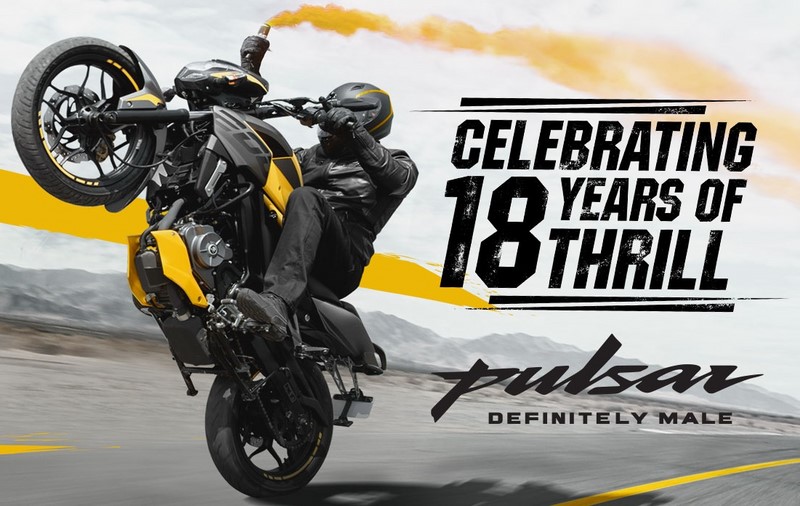 Bajaj has sold over 1.2 crore Pulsars in these 18 years. It is the sales leader in the ‘sports’ segment in India…

Bajaj launched the Pulsar brand in 2001 and ever since then there has been no looking back. Motorcycles under the Pulsar brand have created such a strong pull that the brand has maintained its sales leadership for the last 18 years – yes, Pulsar has now attained adulthood and Bajaj is celebrating it. It has launched a new 360 degree campaign to mark the momentous occasion.

Let us quickly check the campaigns the brand has released..

Bajaj informs that it has sold 1.2 crore Pulsars in these 18 years of existence and it currently sells them globally in 65+ countries.

It’s a proud moment for Bajaj Auto to see one of our most successful brands turn Eighteen. The Pulsar range has received many accolades over the years and is probably the most celebrated bike in Indian Automobile history. At the time of launch Pulsar created a new segment called ‘Sports Biking’ in Indian motorcycling and redefined riding for the youth, a testimony to the company’s engineering prowess and vision of keeping the brand relevant with changing times.

Dominar 250 – Four Pointers That Suggest it is NEXT